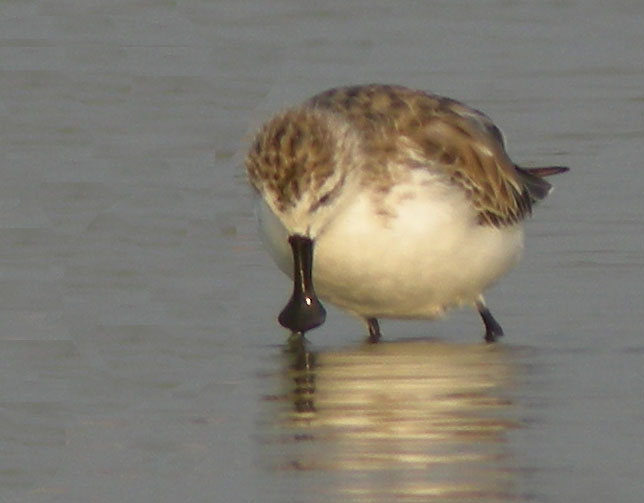 From a birders point of view Thailand is a perfect destination to visit during the winter months, with an extremely rich and varied resident population augmented by an influx of migrants from the Himalayas and northern Asia. It is home to an exceptionally diverse range of habitats from coastal marshes and mudflats teeming with shorebirds to vast lowland rainforest and montane evergreen forest with their attendant mixed feeding flocks and seemingly endless possibilities! The tour will begin in the forest-cloaked mountains and secluded valleys in the north of this fabulous country, where a wealth of montane specialities reside. There is a totally different avifauna to the rest of this wonderful country and we will visit the three best mountain sites of Doi Ang Khang, Doi Lang and Doi Inthanon which will provide us with some very exciting birding opportunities. As usual with a Zoothera tour we try and add something a little different and by birding the seldom visited Doi Lang we will do just that! Amongst the many montane specialities that can be found here we will search for the rare Hume's Pheasant, White-headed Bulbul, Stripe-breasted Woodpecker, White-browed and Silver-eared Laughingthrushes, Himalayan Cutia, Clicking Shrike-babbler, Dark-backed Sibia and Giant Nuthatch. There are usually some exciting Palearctic visitors around as well, maybe flocks of 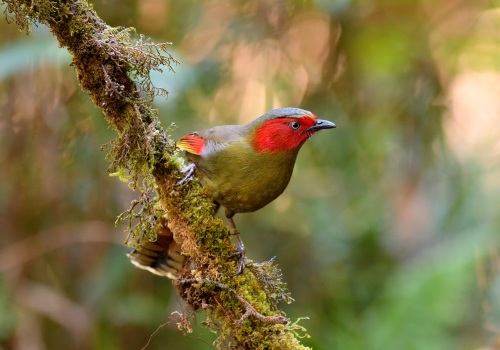 Eye-browed or a more skulking Grey-sided Thrush to add a little spice to proceedings. Then we fly back to Bangkok and explore Khao Yai where species such as Siamese Fireback, Silver Pheasant,  Blue Pitta, Coral-billed Ground-Cuckoo, Red-headed Trogon and Van Hasselt's Sunbird reside. Moving on, we will visit the coastal hot-spots along the Gulf of Thailand and its multitude of shorebirds, where the greatest prize is Spoon-billed Sandpiper. We regularly see up to 40 species of shorebirds here, including such delights as Asiatic Dowitcher and Nordmann's Greenshank. Sifting through thousands of Great Knots and Red-necked Stints is great fun when you have Long-toed Stint, Broad-billed and Terek Sandpipers, Temminck's Stint, Far Eastern Curlew, Red-necked Phalarope and much more to find! A short boat ride through the mangroves will take us to a sandspit where the rare White-faced Plover can be found amongst the slightly more common Malaysian Plovers. It's also our best chance of observing Chinese Egret as well. And we'll finally end up amidst the beautiful forests of Kaeng Krachen, which offers a wide range of localised, scarce and distinctly tropical specialities. Possibilities are seemingly endless here, but we'll have another crack at Blue Pitta, whilst Great Slaty Woodpecker, Black-thighed Falconet, Banded Kingfisher, Orange-breasted Trogon, White-necked Laughingthrush, the increasingly rare Ratchet-tailed Treepie, and much more will be sought. This tour is only available for a select group of 6 birders plus two experienced guides, which is so essential for tropical forest birding, ensuring an extremely personalised and quality tour.

Group size: Minimum for tour to go ahead 3 and maximum of 6 with 2 leaders

Included in cost: Accommodation in twin rooms en-suite, all meals (including bottled water), transport in air-conditioned minibus throughout the tour, internal flights (Chiang Mai - Bangkok), boat trip if req'd, all reserve entrance fees and services of the leaders.

Not included: International airfare, insurance, drinks, tips, and items of a personal nature.

Accommodation: The lodges and hotels used on this tour are of a reasonable - good standard and all with en-suite facilities. We will stay in the best available lodges/guest houses close to the birding sites.

Tour Code: This is a standard tour where early starts and some late finishes can be expected. Most of our birding walks will be of a usual slow pace and relatively easy. Expect a typically tropical climate with most days being hot and humid, and some light showers are possible at Kaeng Krachen. Whilst in the northern mountains it can be cooler in the early morning, late evening and overnight.

For a selection of tour photos please view our Thailand Gallery, 2017 Photo gallery