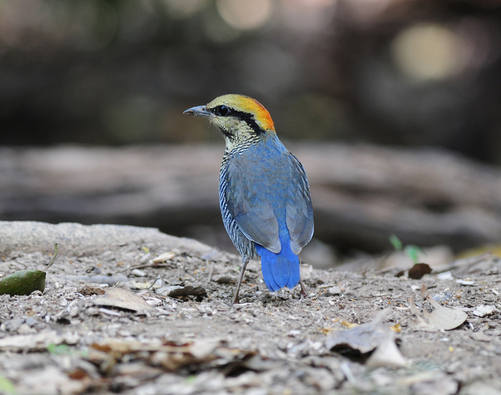 Thailand arguably remains Zoothera’s most popular destination, the 2018 tour our twelfth in recent years. As expected it was fully booked well in advance and in view of the interest this tour generates could undoubtedly accommodate a larger tour party but staunchly limit it to a group to six. Our group were all seasoned birders, that between them could muster over 170 years birdwatching experience. Five were British, although Martyn now residing in Trinidad, whilst our sixth member Scott was from Austin, Texas. Most were similarly seasoned travellers, three of whom had already visited Thailand before. Martyn and Tim’s previous visits several decades ago whilst Scott’s three day stay just a few years prior in the company of our local guide Nick Upton had wetted his appetite to commit to the tour.

The tour package of seventeen days would follow the same successful itinerary as in previous tours. This a split schedule whereby we’d start in the north, taking nine days to explore the highland forest regions around Chang Mai of Doi Ang Kang, Doi Lang and Doi Inthanon followed by a short internal flight back to Bangkok. Our aim then to work several key sites in the central region, namely Khao Yai NP and Kraeng Krachan NP although a day around the salt pans at Phetchaburi for many the ultimate lure as we search for the mythical Spoon-billed Sandpiper within the vast numbers of waders that over winter here.