ETHIOPIA - BIRDING THE ROOF OF AFRICA

Days 3 - 4   Ankober - Melka Ghebdu - Debre Birhan
Today we will explore the impressive Ankober escarpment (3000m), which provides a truly awe-inspiring view over the Awash Plains far below. The vegetated slopes of these huge cliffs are often swathed in low coud or mist but after some searching we hope to find the endemic and range-restricted Ankober Serin. The following day we will descend to Melka Ghebdu which has proved to be a reliable site for the endemic Yellow-throated Seedeater. There will also be tons of other birds present in these areas including African Pygmy Kingfisher, Yellow-breasted and Banded Barbets, Isabelline Shrike, Abyssinian Wheatear, Grey-headed Batis, Ruppell's Weaver and many others. Once we have finished our birding on Day 5 we will drop down to the lowlands and head to our next accommodation at Awash.

DAY 8  Awassa - Goba - Bale Mountains NP
We will spend several hours birding the large gardens as well as scanning the huge lake right next to the lodge this morning and we should pick up a wide variety of birds. in particular we will look for Spotted Creeper, whilst other birds in the garden include African Mourning Dove, African Grey Woodpecker, Blue-headed Coucal, Green Wood-hoopoe, Silvery-cheeked Hornbill, Red-shouldered Cuckoo-shrike, Red-throated Wryneck, Brown-throated Wattle-eye, African Thrush, Northern Puffback, Winding Cisticola, Tacazze, Scarlet-chested, Beautiful and Shining Sunbirds, White-rumped Babbler and Little Weaver. Out on the lake you can sometimes find African Pygmy Goose, as well as White-backed Duck and other waterbirds. Reedbeds in the vicinity support Greater Painted-snipe, Purple Swamphen, Black Crake, Red-faced Cisticola, Little Rush and Lesser Swamp Warblers, Grosbeak Weaver and Abyssinian (split from Fawn-breasted) Waxbill. The nearby fish market can surprisingly offer excellent photographic opportunities as numerous species fight for scraps from the local fisherman and it is possible to get up close and personal to such delights as Marabou Storks, Eastern White Pelicans, Grey-headed Gulls and others. Other nearby sites hold Goliath Heron, Banded Barbet, Nubian Woodpecker, Broad-billed Roller, Buff-bellied Warbler and Rufous Chatterer. Later we will head towards the Bale Mountains National Park, stopping along the way to look for Cape Eagle-Owl, Pallid Harrier, Augur Buzzard, Buffy Pipit, Thekla Lark, the endemic Abyssinian Longclaw, African Stonechat, Fan-tailed Widowbird and Yellow-crowned Canary. There should also be opportunities to see the endemics: Blue-winged Goose, Wattled Ibis, Rouget's Rail and Chestnut-naped Francolin.

DAY 9   Bale Mountains - Sanetti Plateau
We have two full days to explore this fascinating area beginning with a thoroughly exciting journey up onto the Sanetti Plateau, and we shall spend most of this day at an altitude between 3800m and 4377m (Tullu Deemtu). As we ascend we will enter a Tid or Juniper forest zone, and here we will search for African Goshawk, Rufous-chested Sparrowhawk, African Hill Babbler, the very-localised Abyssinian Woodpecker, Cinnamon Bracken-warbler, Ruppell's Robin-chat, Broad-ringed White-eye and Yellow-bellied Waxbill. We have even seen Yellow-fronted Parrot in this area as well. Once we reach this unique plateau we will be driving on Africa’s highest road and it is this Afro-alpine moorland that is home to fourteen of Ethiopia’s highland specialities. The main prize, and always hard to find, are the endangered Wattled Cranes and we will spend quite a while trying to locate them. Other species here include Black Stork, Wattled Ibis, Steppe and Golden Eagles, Pallid Harrier, African Snipe, Lammergeier, Chestnut-naped and Moorland Francolins, the endemic Rouget's Rail and Spot-breasted Plover, African Olive Pigeon, Abyssinian Woodpecker, Red-throated Pipit, Red-breasted Wheatear, Moorland Chat, Abyssinian Slaty Flycatcher, Cinnamon Bracken and Brown Woodland Warblers, White-backed Black-tit, Slender-billed Starling, Ethiopian Siskin, Yellow-crowned Canary and Yellow-bellied Waxbill. The plateau's most celebrated resident is the rare Simien Wolf, whilst other animals here include Giant Root Rat, Klipspringer, Bush Duiker, Bohor Reedbuck and the endemic Starck’s Hare. Eventually we will reach an escarpment that will lead us down to the vast Harenna Forest which still supports populations of Lion and the only surviving forest-dwelling African Wild Dogs. Here, we will search for Ayres’s Hawk-eagle, Lemon and Tambourine Doves, Rameron Pigeon, African Emerald Cuckoo, Narina Trogon, African Dusky Flycatcher, African Hill-babbler, Green-backed Honeybird, Red-faced Cisticola, Brown Woodland-warbler, Olive Sunbird, Bale Parisoma (split from Brown), Abyssinian Crimsonwing, Sharpe’s Starling, African Citril, Yellow-bellied Waxbill, and Cape Canary. In the afternoon, we will return across the Sanetti Plateau to Goba. Hopefully there will be some stake-outs for African Wood-owl, Abyssinian Owl and Abyssinian Nightjar.

DAY 10  Goba - Negele
Today we depart early, heading for progressively drier thorn savanna in the remote south of Ethiopia. Our route will take us over the Sanetti Plateau again and down through Harenna Forest, giving us another opportunity to search for any species we still need here, with species such as Ayre's Hawk-eagle, Brown Saw-wing (antinorii race of Black Saw-wing), Dark-headed Oriole, Abyssinian Slaty-flycatcher, Grey Cuckooshrike, African Stonechat, Ethiopian Cisticola, Cinnamon Bracken Warbler, Brown Woodland Warbler, Slender-billed Starling, Black-and-white Mannikin, and the Bale race of Brown Parisoma - a potential full species. We have a long drive today but it's birding all the way as the countryside gets more and more arid. We will be on the lookout for a wide variety of new species and possibilities include Baleleur, Bruce's Green-Pigeon, Levaillant's Cuckoo, Double-toothed, Red-fronted & Black-billed Barbets, Red-and-yellow Barbet, Northern Black Flycatcher, Slate-coloured Boubou, Eastern Paradise-Whydah, Straw-tailed Whydah, Vitelline Masked & Chestnut Weavers, White-headed Buffalo-weaver, Shelley's Starling, Red-billed Quelea and many others. Finally, we will reach a dry wadi on the Genale River, which is home to Ethiopia’s most sought-after endemic, the beautiful Prince Ruspoli's Turaco.

We have an extra day in this area which will see us driving beyond the Liben Plains to look for the endemic Salvadori's Seedeater at a relatively new site. There are, of course, further chances to look for Archer's Lark, whilst other species in the area include Black-headed Oriole, Red-and-yellow Barbet, Boran Cisticola, Foxy Lark, Shelley's Starling, Shelley's Sparrow and Purple Grenadier. Nights in Negele.

DAYS 13 - 14   Negele - Yabello
Today is another long drive as we travel further south to Yabello, an area close to the Kenyan border. This is a fantastic drive as there are just so many birds to stop and see and along the way will look for Yellow-necked Spurfowl, Black-chested Snake-Eagle, Grasshopper Buzzard, Grey Kestrel, Pygmy Falcon, Somali Coursers, Diederik Cuckoo, the extremely-localised African White-winged Dove, Cardinal Woodpecker, Lilac-breasted Roller, Striped Kingfisher, African Golden Oriole, Brubru, Somali Short-billed Crombec, Somali Fiscal, Grey Wren-Warbler, Abyssinian Scimitarbill, Hunter's Sunbird, Golden-breasted and Shelley's Starling and Yellow-spotted Petronia. At the Dawa River we can search for Juba Weaver in the dense acacia forest here, whilst we can also see D'Arnaud's Barbet, White-browed Scrub-robin, African Pied Wagtail, Yellow-breasted Apalis, Pygmy Batis, Violet-backed Sunbird, Somali Bunting and Purple Grenadier. However, when we get closer to Yabello we will spend most of our time in search of two of Ethiopia’s most sought-after endemics: Stresemann's Bush Crow and White-tailed Swallow. This area also holds Somali Ostrich, Vulturine Guineafowl, Chestnut-bellied Sandgrouse, White-bellied Bustard and Black-capped Social-Weaver.

Day 17   Lake Abiata - Rift Valley Lakes - Wolliso
An early morning visit to Lake Abiata is one of the highlights of the tour and provides one of the most memorable sights of the tour with literally thousands of Lesser Flamingo's present. Smaller numbers of Greater Flamingo's are also here, along with thousands of palearctic waders, Kittlitz's Plover, African Spoonbill, Marabou Stork, Sacred Ibis, African Fish-Eagle, and many other species. There are usually flocks of Common Cranes present and if we are lucky there are sometines a few Wattled Cranes here as well. Large flocks of Yellow Wagtails congregate on the short-cropped grassland and we can usually see a few Grassland Pipits as well. The Acacia woodland is home to Bearded Woodpecker, Black-billed Wood-hoopoe, Black Scimitarbill, White-winged Black Tit, Mouse-coloured Penduline-Tit, Buff-bellied Warbler and Cinnamon-breasted Bunting. In the afternoon we will drive across the hills to Wolliso. Night in Wolliso.

DAY 18   Gibe Gorge - Addis Ababa - 2nd December
This morning we can search Gibe Gorge, which has been the best site for endemic Red-billed Pytilia, the near-endemic Yellow-rumped Seedeater, along with Yellow-throated Sandgrouse, African Wattled Plover, both Bar-breasted and Black-faced Firefinches, and there's also a slim chance of Egyptian Plover. In the afternoon we will return to Addis Ababa, where we have use of day rooms this evening and after dinner will transfer to the airport for out late evening flight back to the UK and conclusion of an exciting African adventure. 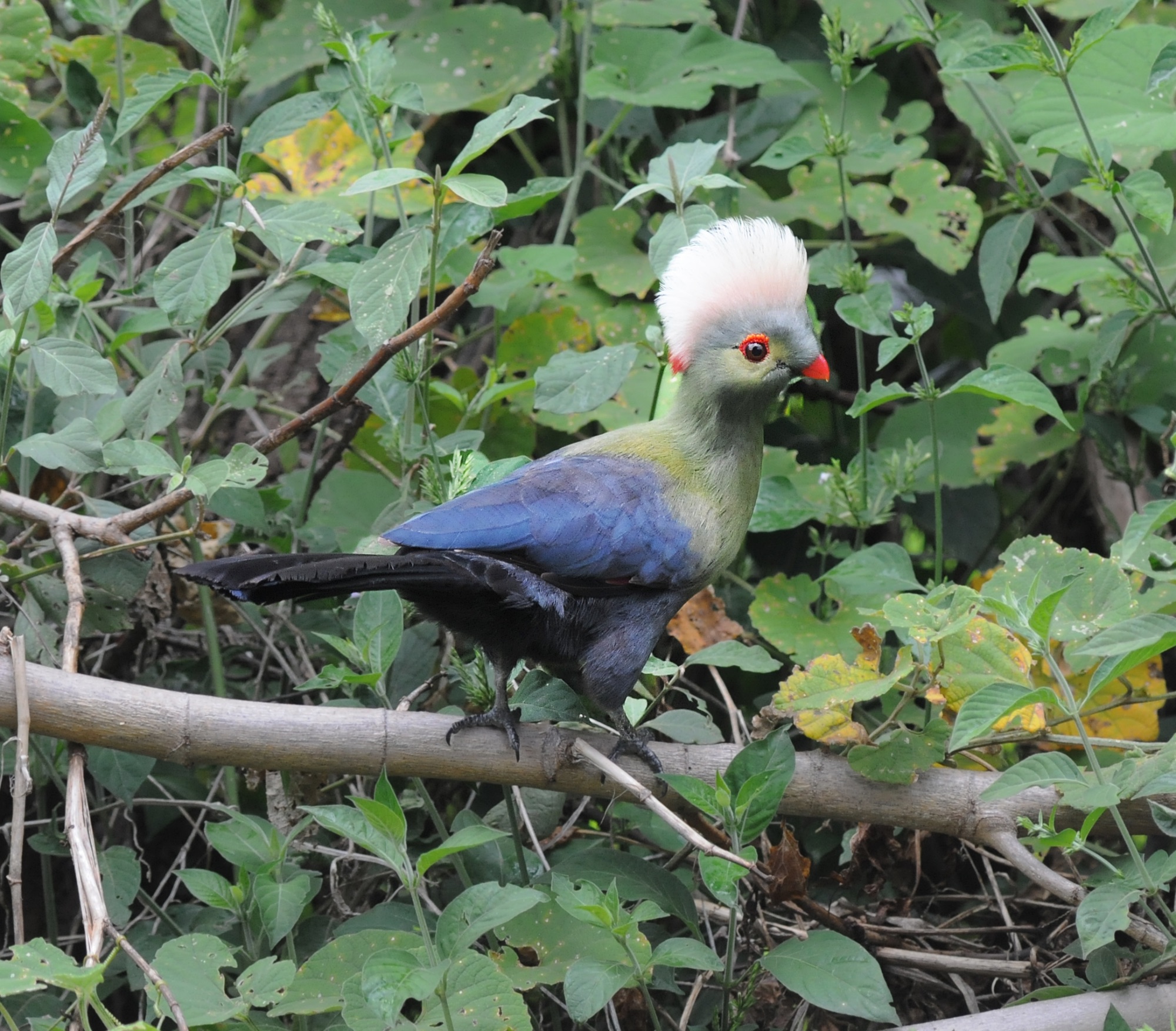 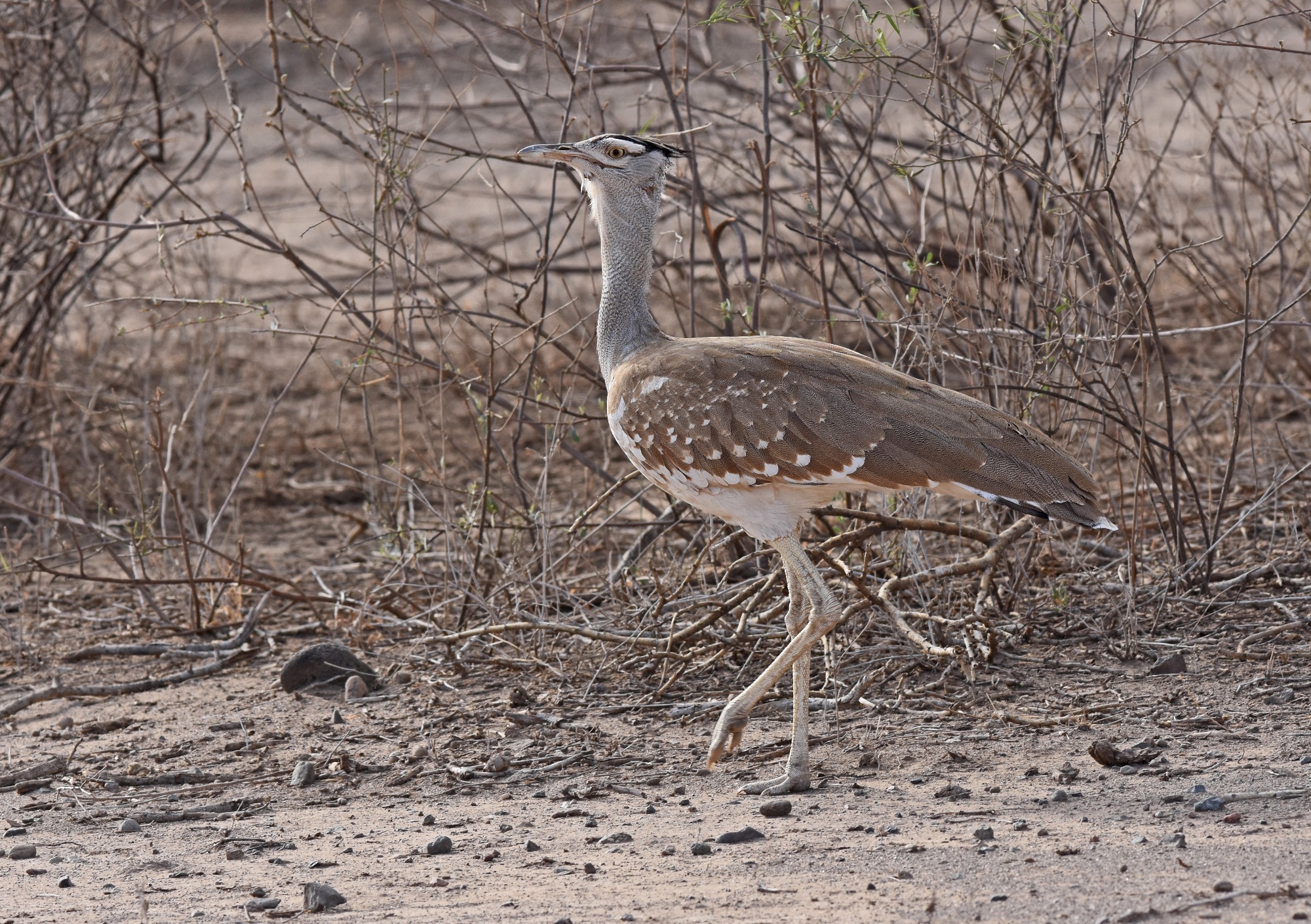 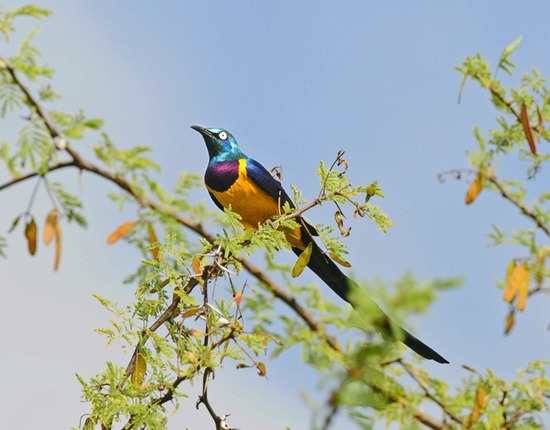 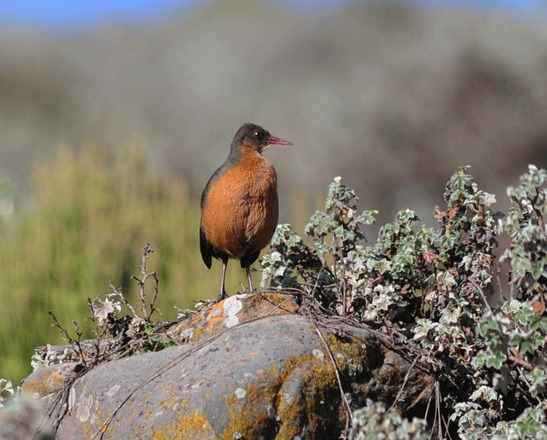 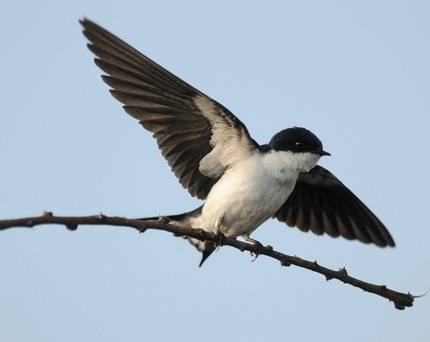 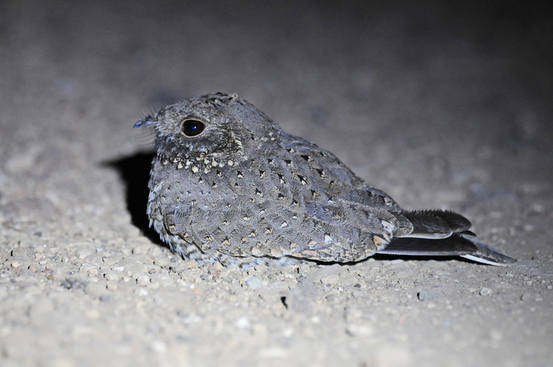 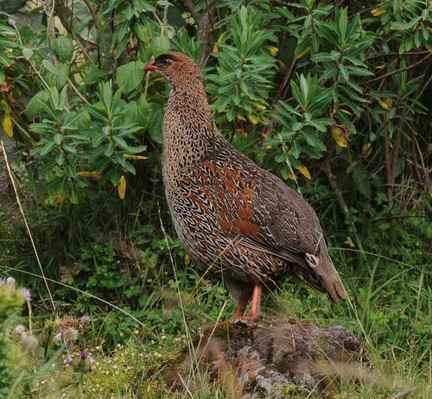 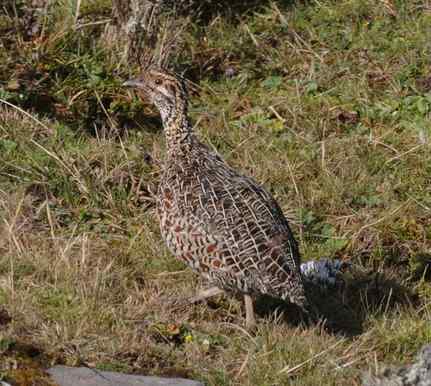 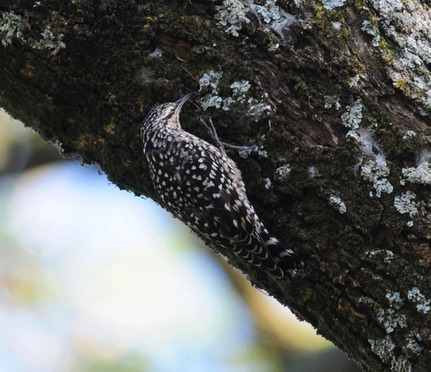