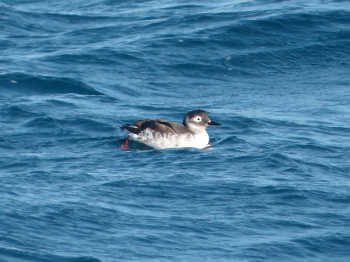 The list of highlights above, seen on our first trip to South Korea, explains why this country is an exciting destination for birders. We found a high proportion of our target species with multiple individuals of most of them being seen and many of them encountered several times, allowing us to get a “feel” of the birds. Beginning near Seoul we travelled down the West coast, visiting sites such as the reclamation fields of Seosan, where we found genuinely wild Oriental Storks, and the Geum Estuary before visiting sites on the Southern Coast; Suncheon Bay, Junam Reservoir and the Nakdong Estuary gave us views of some really great birds.  Visiting a host of harbours, headlands and beaches along South Korea’s East Coast provided plenty of opportunities for sea-watching and scanning through gull flocks while our last day was notable for a spectacular fly-past of Red-crowned and White-naped Cranes as well as some pleasant woodland birding at the National Arboretum, the highlight being Solitary Snipe. For a wide variety of birds and a number of rare and range-restricted species, South Korea is a great country to visit.