This tour is a departure from the 'normal' for Zoothera Birding as we focus on a mammal rather than birds for the first section of the tour. The most mystical and rarely seen Snow Leopard has become THE most wanted to see cat in the world and still to-date relatively few western people have ever seen this staggeringly beautiful creature in the wild and for many wildlife watchers this has become their Holy Grail. Our tour is based in Ladakh, NW India, a land of remote beauty and the stark landscape and hidden valleys close to Tibet in the Himalayas lay claim to being the best location to observe this most enigmatic and rare mammal. This is a true wilderness where very few people live away from the town of Leh and we will only see a few villagers of Tibetan descent from the tiny hamlets dotted amongst the huge mountains and the feeling of isolation is all encompassing. We will be based at a camp in a wild and remote mountain valley, nestled deep within Hemis National Park from where we will make daily excursions to numerous vantage points in our quest to see the elusive Grey Ghost.

Following a short flight from Delhi, our tour will begin in the capital Leh, a small town in the Indus valley where we will take a couple days to acclimatise at around 11,000 feet and explore the surrounding area where Ibisbill and Solitary Snipe reside. We can also visit the famous hilltop monastery of Thikse Gompa which offers amazing views of the Indus valley. Leaving here we will camp for 7 nights amidst stunning scenery and we have planned our visit to be at the optimal time to see Snow Leopards, as they approach the end of the mating season and the winter snows have pushed them down to much lower elevations than later in the year. This will make it a relatively easier experience to search for them, although at this altitude nothing can be deemed as ‘easy’! Our daily routine will be to scan from various viewpoints in different valleys, watching the groups of Bharal (Blue Sheep) that have also descended to lower elevations and are the main prey of the leopard. Hopefully, we will observe a leopard hunting and we have to watch these sheep for any signs of alarm that could indicate the presence of this top predator skulking nearby. Initially, it is more likely one of our trackers will point out the pug marks of a leopard in the snow and then we will be off in pursuit! This is a true adventure as we are in the heart of Snow Leopard territory and you never know when we will encounter this most elusive of beasts, as they are exremely hard to spot. But on Nick's last visit, we spotted one sleeping on a rock from our camp - you just never know! Apart from our main goal of seeing Snow Leopard we will also keep a look out for other mammals of this part of the Himalayas such as Tibetan Wolf, Red Sheep, the rare Eurasian Lynx and Ladakh Urial. Amongst the birds we will search for Himalayan Snowcock, Tibetan Partridge, White-winged Redstart, Robin Accentor and Tibetan Snowfinch amongst others.

Moving on from here, and as long as the road is open, we will visit Tso Kar on the edge of the Tibetan Plateau where our main target will be to find the much-wanted Tibetan Sandgrouse. This is undoubtedly THE best place in the world to see this charismatic species, and whilst watching a flock of these awesome birds feeding quietly on the stony plateau you will be surrounded by some of the most impressive scenery of any bird tour. Other possibilities include Tibetan Snowcock, Ground-Tit, Mongolian Finch, Great Rosefinch, Tibetan and Blanford's Snowfinches, Tibetan Wolf, and if we are incredibly lucky, Pallas's Cat. So if adventure is what you are after, then nothing will beat our search for the Grey Ghost of Ladakh. 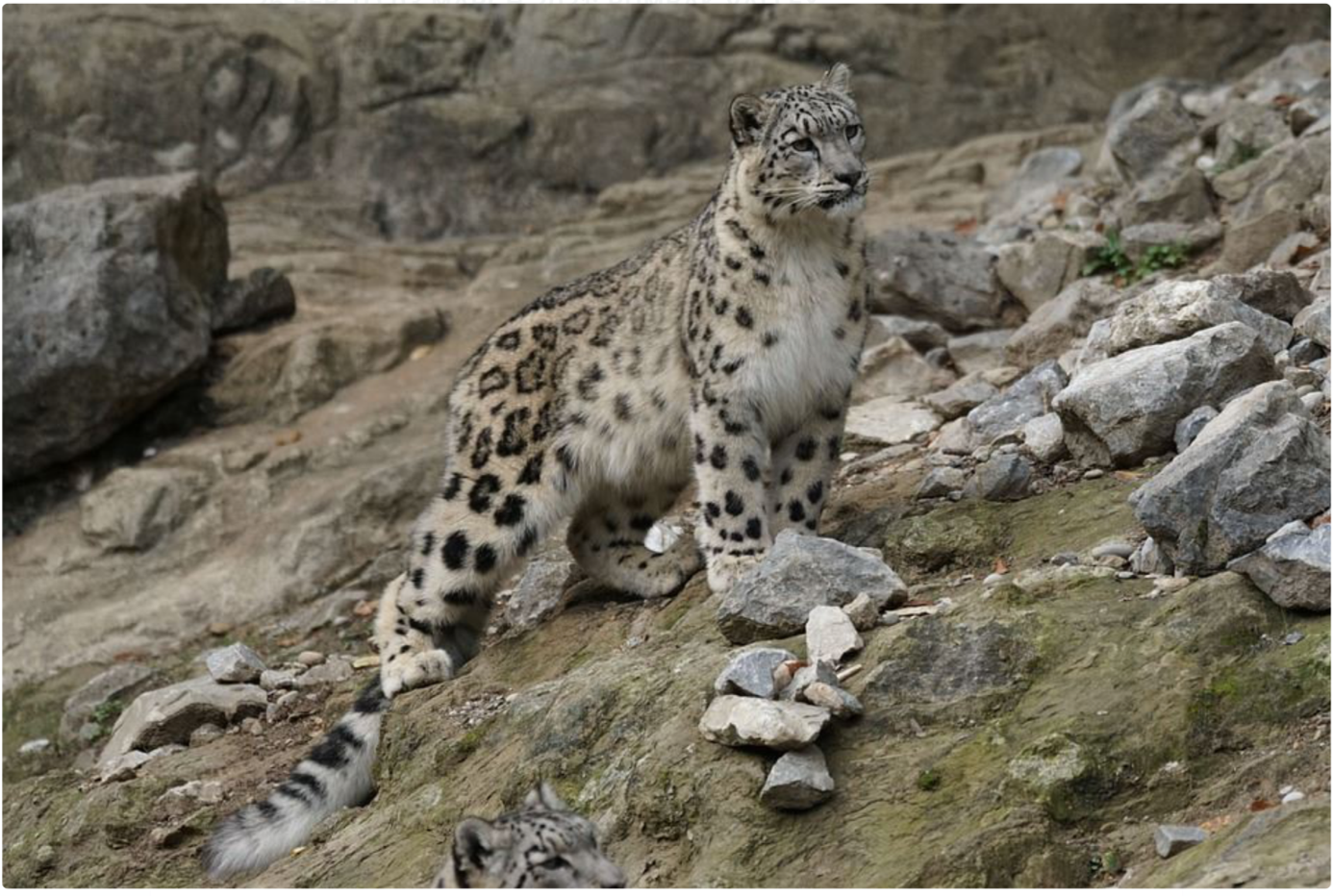 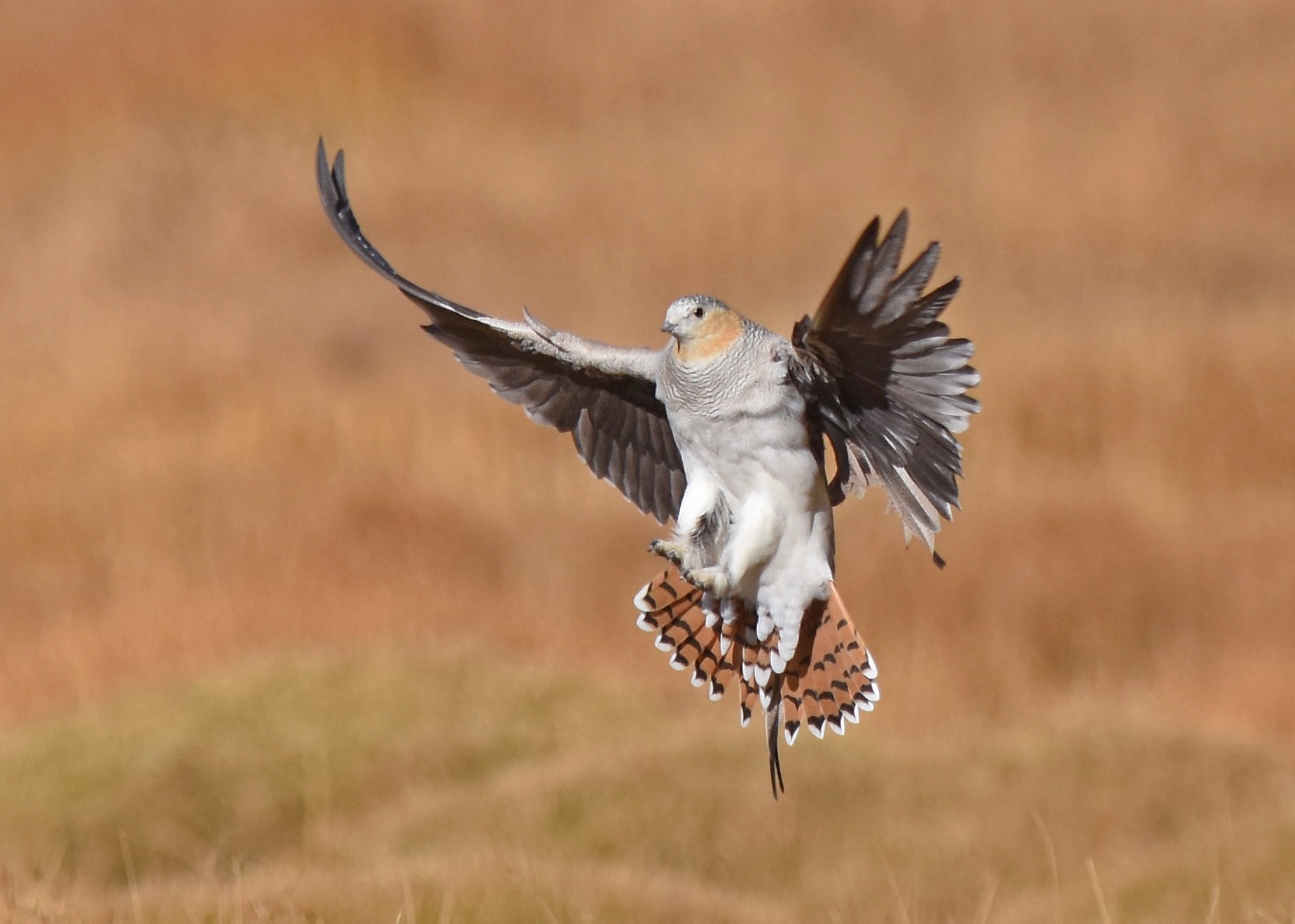 Group Size: Minimum for tour to go ahead 6 and maximum 12

Included in cost: All Accommodation in hotels as above, then camping in two person tents, domestic flights Delhi - Leh/return, all meals from dinner on 22nd Feb to breakfast on 8th March, all park entrance fees, transport throughout, all hot drinks, soda and bottled water, services of a team of 6 including cooks, assistants and spotters, local Leopard spotting guide and Zoothera leaders.

Not included: International airfare, insurance, tips, alcohol, and items of a personal nature.

Accommodation: Good hotels in Delhi and Leh, camping in Hemis NP, and we will use a guest house near Tso Kar.

Tour Code: This tour is focussed on looking for Snow Leopard with a lot of additional mammals and birds to see along the way but there are a few demands such as walking several kilometres at altitude, which we do at a slow pace and also allow time in Leh before we trek to our camp to acclimatise. You will need to be prepared for cold weather during the nights in particular and temperatures can reach minus 25 degrees. Please make sure you bring plenty of warm clothing to allow for this and we will provide a pack list so as you can prepare properly. In the hotel in Leh you will have a very comfortable room with heating at night, but the shower and sink will not have any running water as its still too cold and their pipes would freeze causing all sorts of problems. Instead they will provide large containers of hot water to use in your bathroom. Our ground crew while camping will provide hot water bottles and hot drinks will be available all the time. The food is great and prepared to suit western tastes. What can make or break a tour like this is the ground crew and team we have that attend to our every need: cooks, assistant cooks, spotters, and guides all help to make this a fantastic adventure. In fact we simply could not believe the quality of the food produced by our ground team on our last visit; they made cooked breakfast, porridge and hot drinks all day long. Even cooking pasties, pizza, apple pie, chicken, fish, fresh vegetables and wherever we were during the daytime they would arrive with hot drinks and a hot meal. All meals in camp will be taken in the dining tent, there's plenty of warm water given to us in buckets and bowls to wash in, and toiletry facilities are basic with a toilet tent!

During the day temperatures rise and it can even be warm with no real need for a jacket. The daily walks are done slowly and may be up to 3 - 4 kilometres from camp. It is optional whether you take the daily walks or just hang around camp which can be equally good for seeing Snow Leopards and use the viewpoint overlooking our camp to scan - this was where we saw our Snow Leopard on the 2016 trip. This tour should be treated as an adventure and there may be a few hardships not normally assosiated with a wildlife tour, but please be aware you are in a very remote part of the world looking for something very few people have ever seen. We feel the benefits outway the slight discomforts. And what a story it is to tell everyone that you have been to the high Himalayas in search of Snow Leopard! 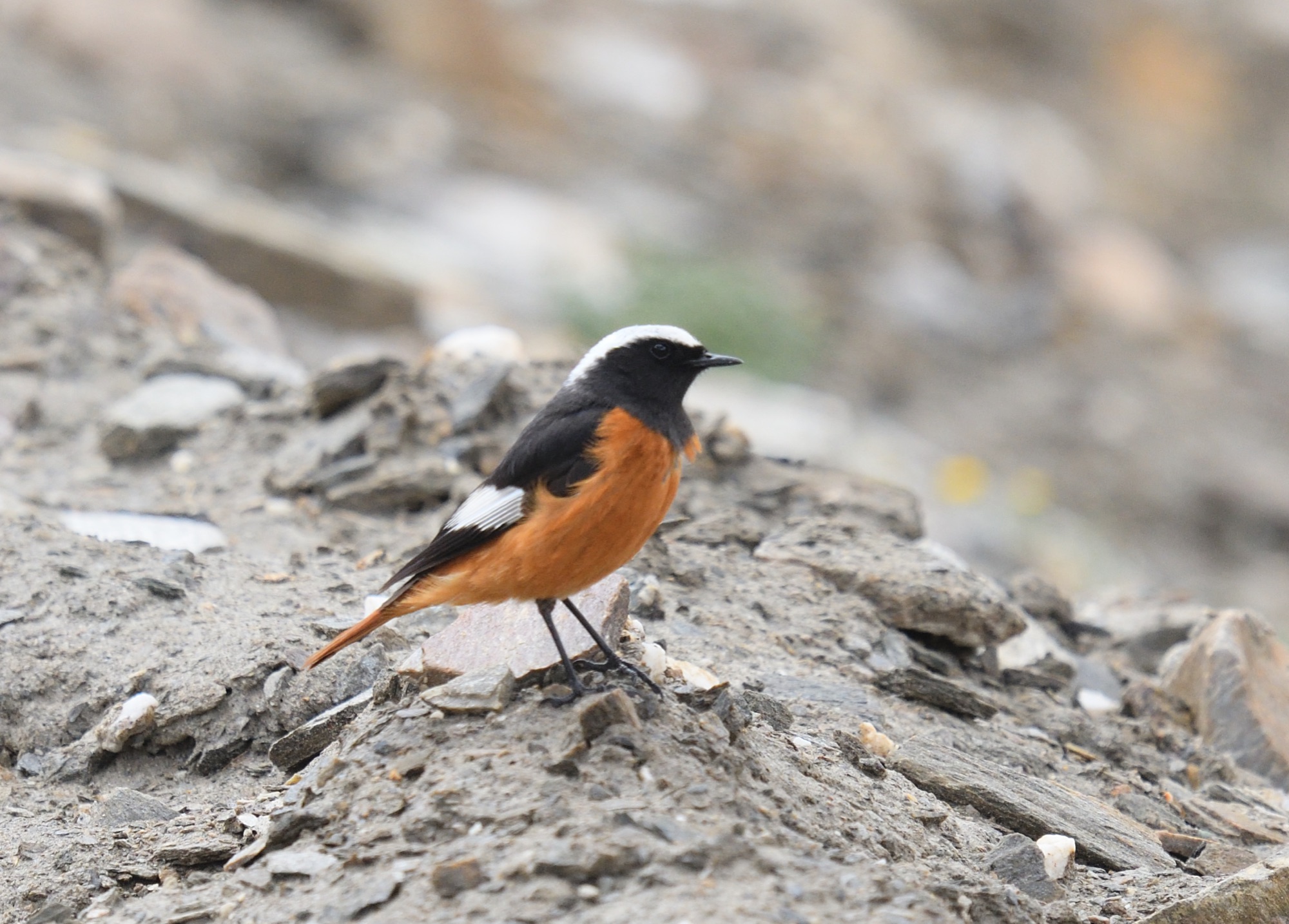 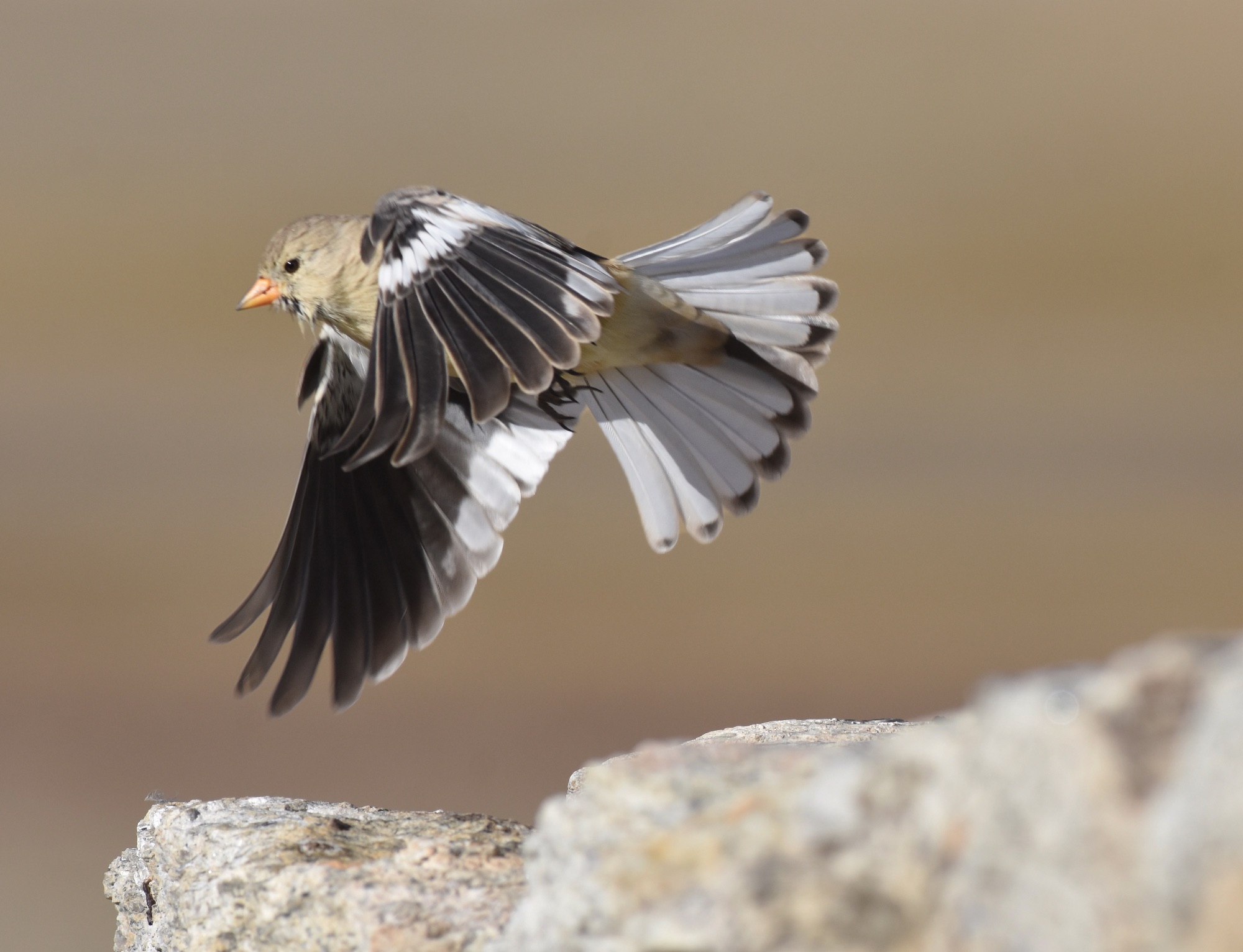 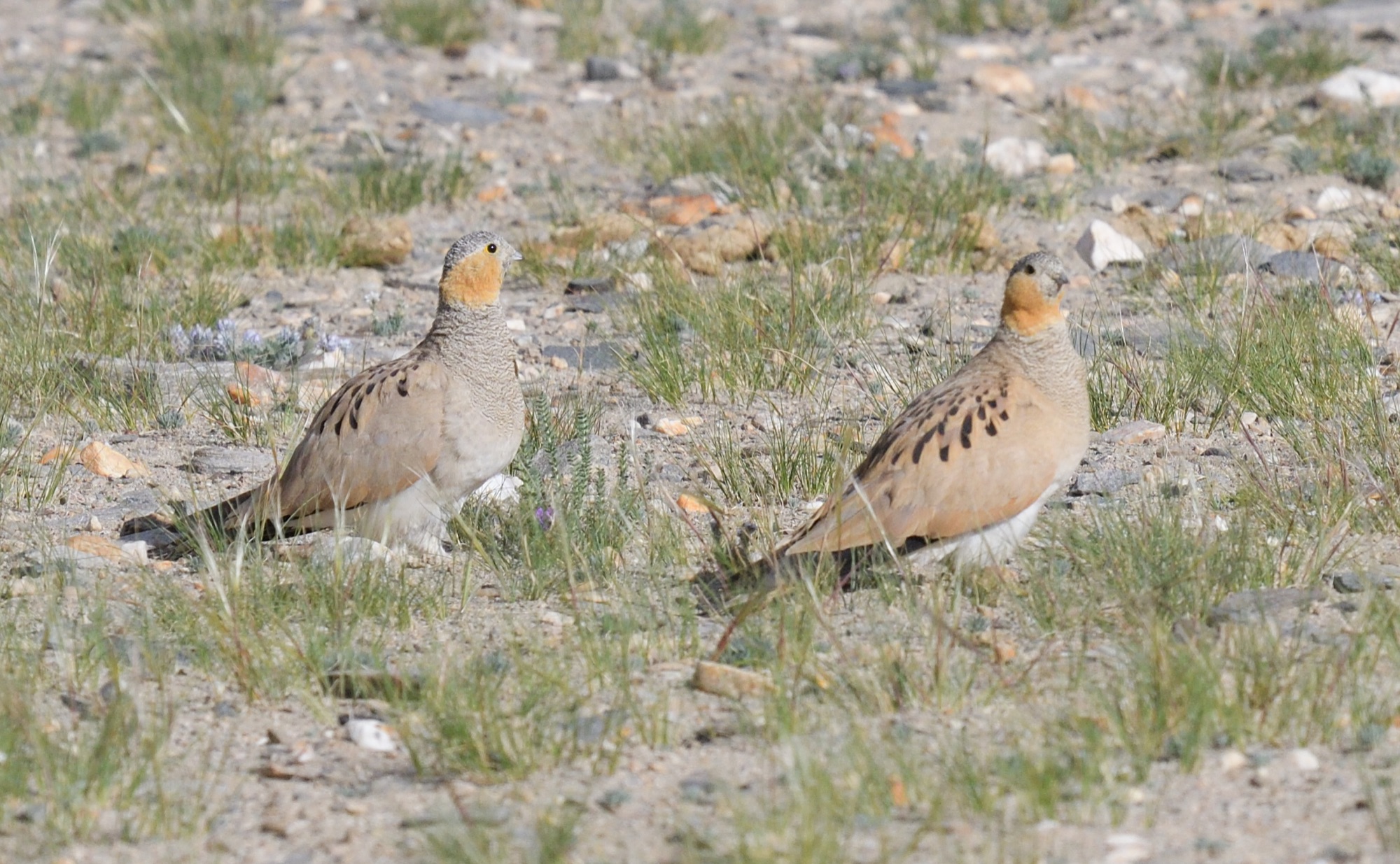 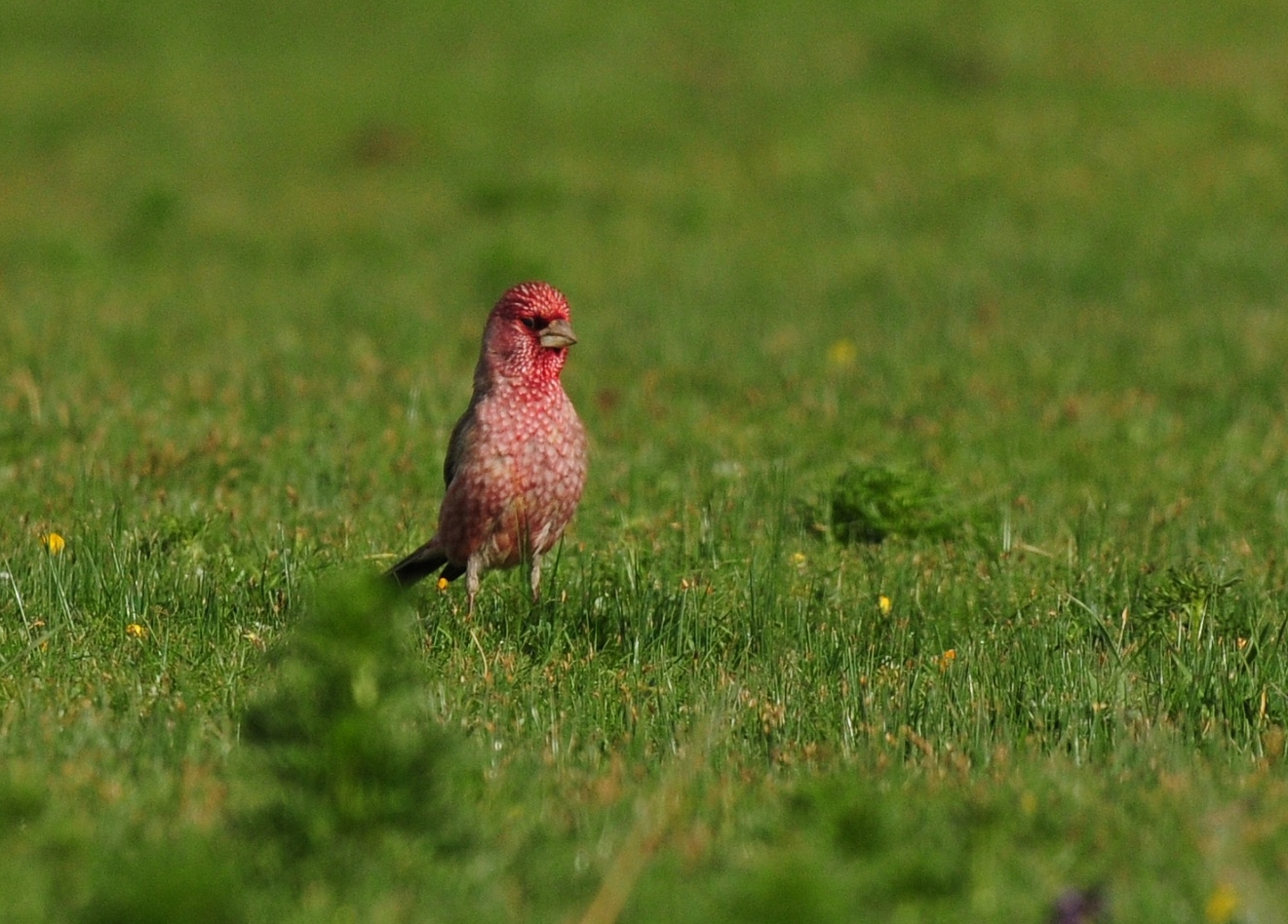 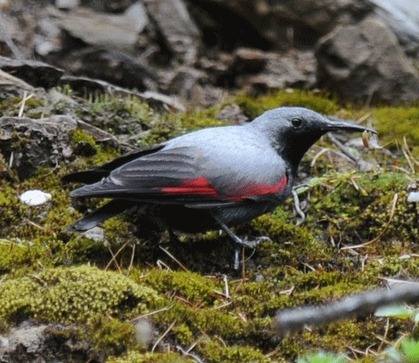 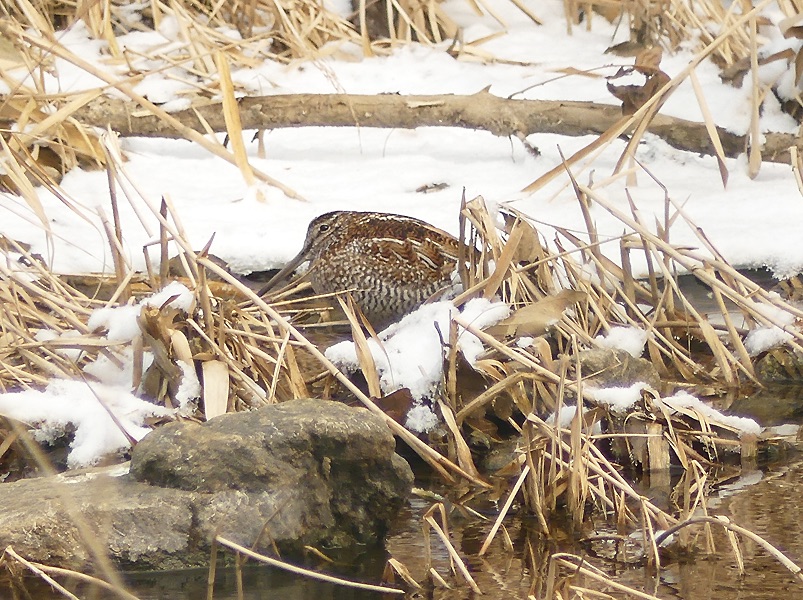 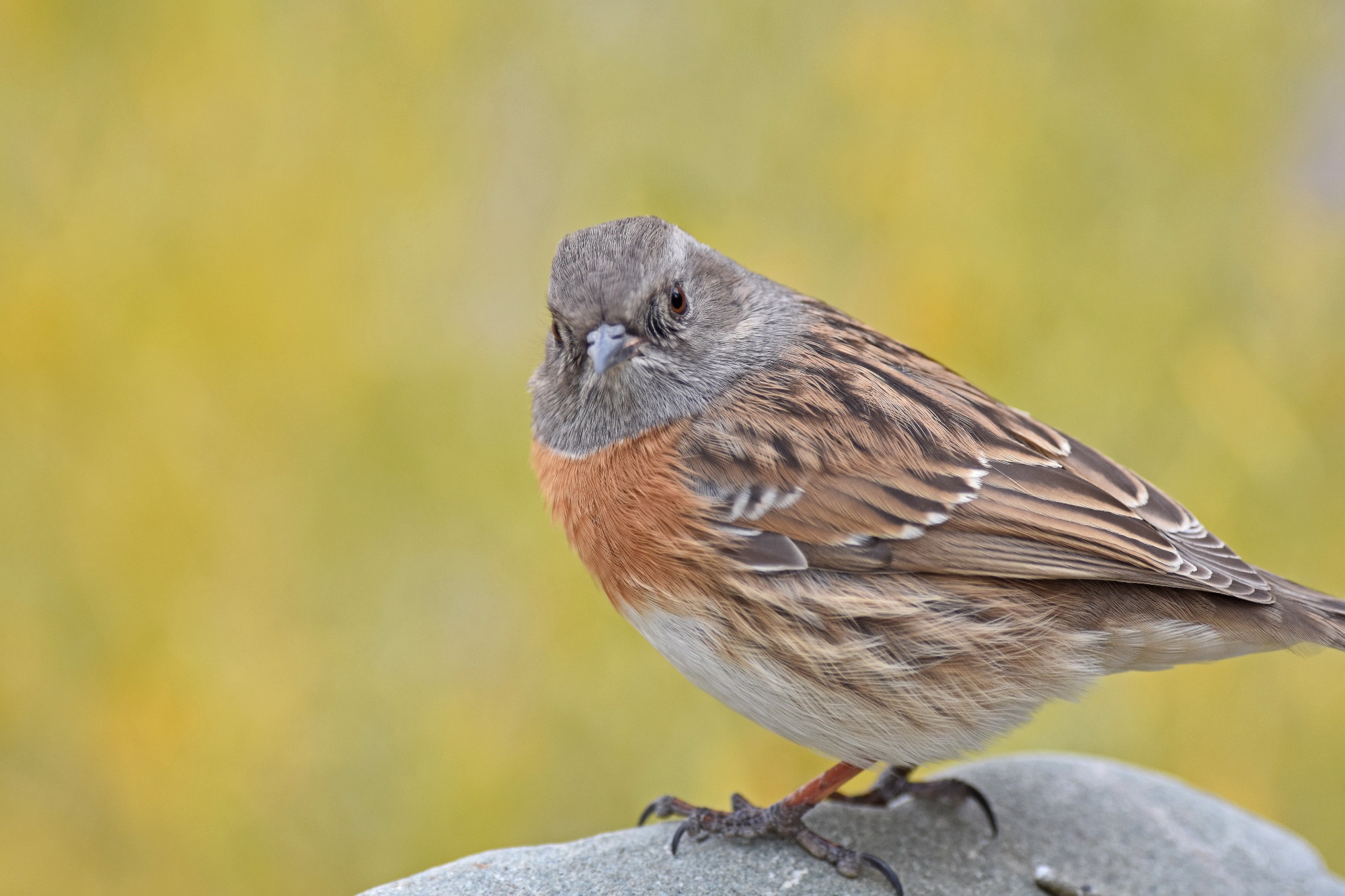 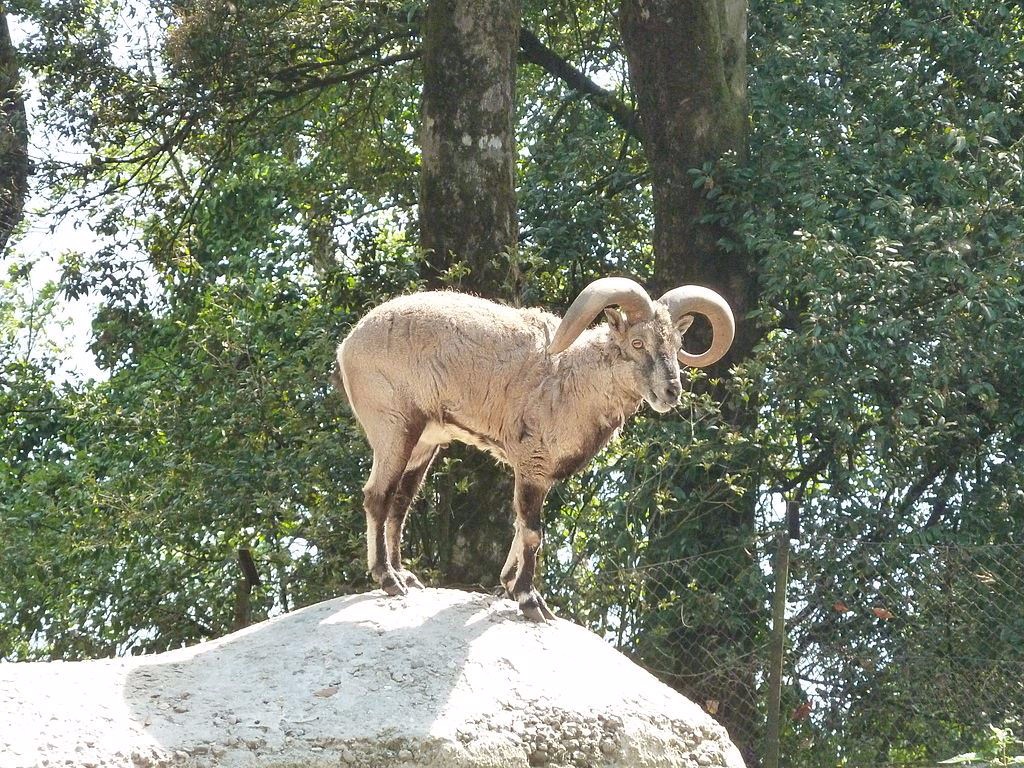 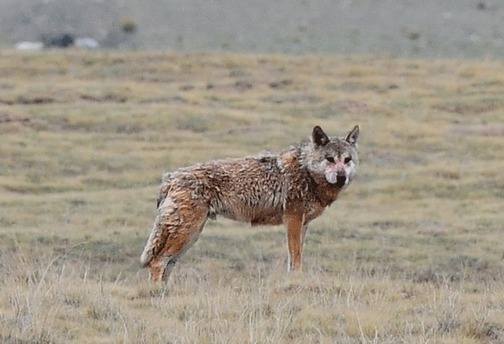 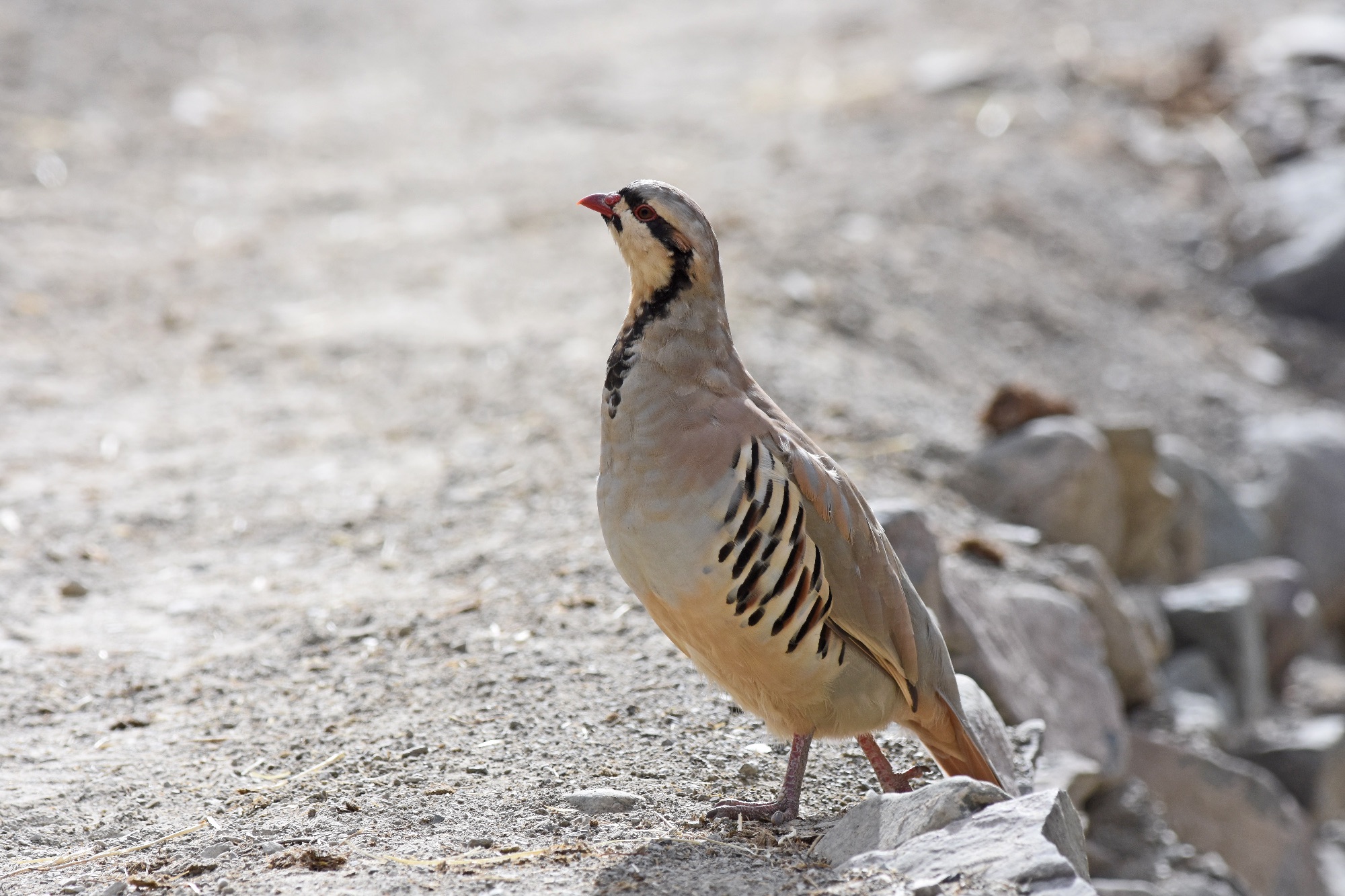 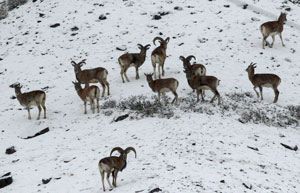