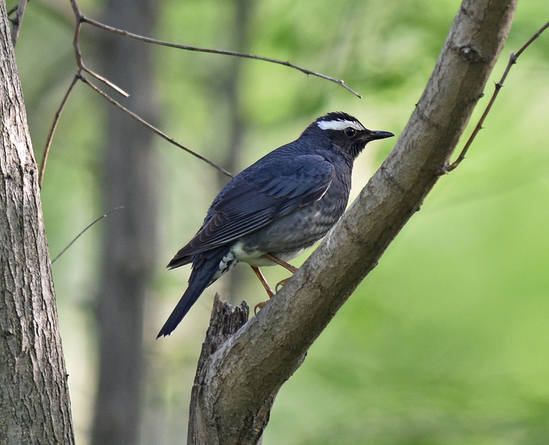 SE China provides a wonderful all-round birding experience with some amazingly rare birds, stunning endemics and the exciting spectacle of Spring migration at some of Asia’s prime birding hot-spots. We began at the migrant meccas of Nanhui and Yangkou near Shanghai where Little Curlew, Japanese Paradise-Flycatcher, Asian Stubtail, Grey-crowned Warbler and a superb male Siberian Thrush were the highlights. We also found 5 Spoon-billed Sandpipers along the coast, along with 41 other species of shorebird. We then moved on to Wuyuan and a breeding colony of the very rare Courtois’s Laughingthrush, and we also found Short-tailed Parrotbill and Pied Falconet in the same region. The wonderfully scenic forested mountain of Emei Feng gave us several Cabot’s Tragopans and the shy Elliot’s Pheasant also showed well. A visit to the Minjiang Estuary produced one of the rarest birds on the planet, Chinese Crested Tern, and ended at Fuzhou Forest Park where White-necklaced Partridge was found. There were just so many quality birds seen on this tour and you just have to read the full tour report. This was definitely China birding at its best!