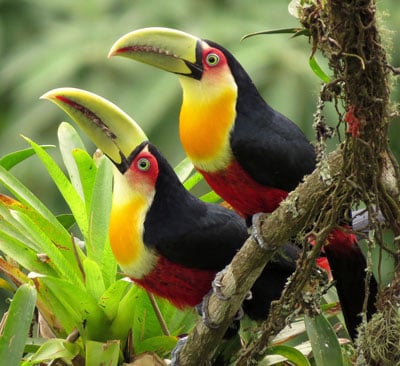 This Southern Brazil birding tour of two weeks actually includes the Hills of Paranapiacaba, the most expressive continuous Atlantic Forest remnant in Brazil, guarded in the southeast of Sao Paulo state. That makes this not just a trip to catch up the last southern Atlantic Forest endemics, but a fantastic and compact way to start birding this impressive area. Passing through stunning landscapes and little visited sites, the trip covers an amazing variety of habitats including Atlantic Rainforest, dense montane and lowland forest, Araucaria (monkey-puzzle) forest and woods, upland steppe, mangrove and ‘restinga’. We will also visit the coastal Pampas, important shorebird stopover. Starting off in the fantastic Intervales State Park we have 3 full days to search for many of its speciality birds. Moving on we will go in search of Canebrake Groundcreeper followed by an evening boat trip to a roosting island for the rare and sought after Red-tailed Parrot. This superb itinerary designed by one of Brazil's very best bird guides will see many species that are special or localised to Southern Brazil and hence not on the usual routes and areas offered by most other companies. If you enjoy birding in the Neotropics then this is a must to catch up on big variety of seldom seen species. Just look at the list below of some of our target species and you soon realise how different this tour will be. Join us for the best of Southern Brazil.

Targets:
Day 1   Arrive - Sao Paulo - Intervales  - Sat 23rd May
Today plan to arrive in São Paulo where we will then and transfer to Intervales State Park. Night at Intervales.
Days 2 - 4  Intervales State Park
This huge park is a birding mecca and holds large numbers of endemics that thrive in the wet Montane forest, many of which are easier to find here than anywhere else. We have three full days to get to know this superb area and its myriad of birds. Walking the trails will soon introduce us to many of Brazil’s specialities including Black-fronted Piping-Guan, Dusky-legged Guan, Mantled Hawk, Red-and-white Crake, Blue-bellied Parrot, Scaly-headed Parrot, Pileated Parrot, Maroon-bellied and Plain Parakeet, Pavonine Cuckoo, Buff-bellied Puffbird, Red-breasted Toucan, Saffron and Spot-billed Toucanets. Woodpeckers include Robust, Green-barred, Yellow-browed, Yellow-fronted, White-browed, Helmeted and Blond-crested Woodpeckers, Rufous-capped Motmot, Plovercrest, Dusky-throated Hermit, Black Jacobin, White-throated Hummingbird, Amethyst Woodstar and the stunning Swallow-tailed Hummingbird, Black-capped Screech-Owl, Tawny-browed 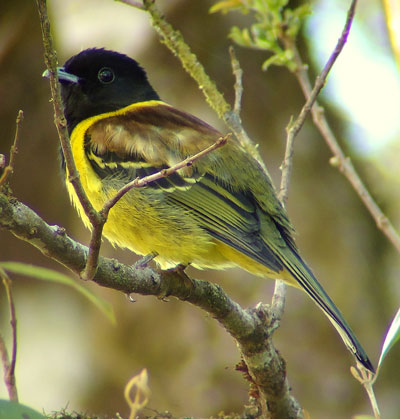 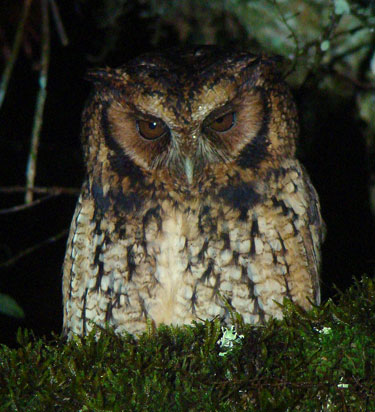 Day 5   Baragui Park
This morning we will make an early transfer to Curitiba, where we spend the afternoon searching Baragui park for Cane-brake Groundcreeper and then birding in São José dos Pinhais until dusk. The Groundcreeper will be the main focus of our attention but other species here include Grey-throated Warbling-Finch and Araucaria Tit-Spinetail, Marsh (wetland) Tapaculo another recently-described species discovered in 1998 in a few patches of lush grass, it is very skulking, localised and entirely restricted to this precise habitat in the region of Curitiba. Other species will include Olive Spinetail, Great Pampa-Finch, Black-and-rufous Warbling-Finch, Sickle-winged Nightjar (if its possible to get to the site) and hopefully Long-tufted Screech-Owl. Overnight in São José dos Pinhais.

Day 6   Red-tailed Amazons
This morning we will transfer to Graciosa road, where we then take an afternoon boat trip to a little roosting island in the bay of Paranaguá for a huge number of endemic Red-tailed Amazons. This parrot lives mostly around lowlands woods and mangrove and although numbers are now increasing it is still considered vulnarable and endangered, mostly due to habitat destruction. The area is similar to Intervales but main targets here are Speckle-breasted Antpitta, the rare Blackish-blue Seedeater, Azure Jay, and we also have chances for Scarlet Ibis. Overnight in Caiobá

Day 7   Itapoá
Today we we set off early for a full day birding in the lowlands of Itapoá. Here amongst the lowland forest, restinga and marshes we will search for Kaempfer's Tody-Tyrant, Restinga Tyrannulet, Unicolored Antwren, the little known and recently discovered Parana Antwren, Red-necked and the rare Black-backed Tanager, Long-billed Wren and Scaled Chachalaca which is now split from Speckled Chachalaca. Overnight Itapoá. 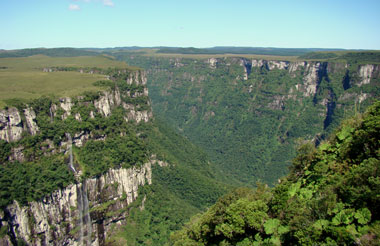 Days 10 - 11   Cambara do Sul
Today we will transfer to Cambará do Sul, in Rio Grande do Sul state, with birding on the way. This area holds similar birds/habitats to Urupema, but here we visit two superb National Parks - the impressive canyons of Aparados da Serra and Serra Geral. On our journey to Cambara we will search for Sharp-tailed Tyrant, Tropeiro Seedeater and Ochre-breasted Pipit, while other species on our target list will include Straight-billed Reedhaunter, Striolated Tit-Spinetail, Mottled Piculet, Black-and-white Monjita, Glaucous-blue Grosbeak, Eastern Slaty Trush, etc. Visits to canyon Itaimbezinho and Fortaleza. Overnight at Cambará Eco Hotel. 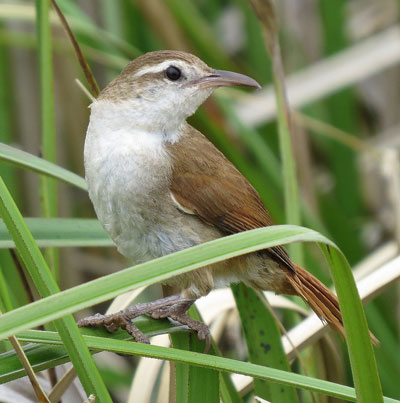 Included in cost: Accommodation in twin rooms, en-suite, all meals from dinner on 23rd May to breakfast on 5th June, all  transportation within Brazil, all entrance fees, water, and services of rangers and leaders.

Accommodation: Our hotels and lodges vary in quality but all are within easy reach of the areas we wish to bird. Most of the Lodges are of a comfortable standard.

Tour Code: This is a standard birding tour with all day birding. No particular strenuous walks are planned although some forest trails can be muddy and wet. To see a good amount of endemics and specialities you need to be prepared for full days. We will generally start early and either have an early breakfast or return for breakfast. Lunches will be either picnic or at the lodge depending on our schedule. We can expect all types of weathers from warm and hot to cool and rain. Please be prepared for this. 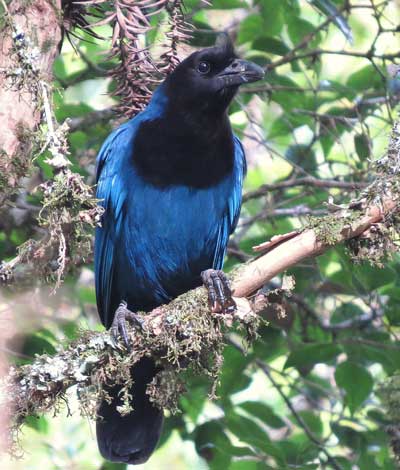 Recommended Books, CD's and more from NHBS. Click on - Buy

The air holidays and flights shown are ATOL protected by the Civil Aviation Authority. Our ATOL number is 10436.
Please see our Terms and Conditions for more information.