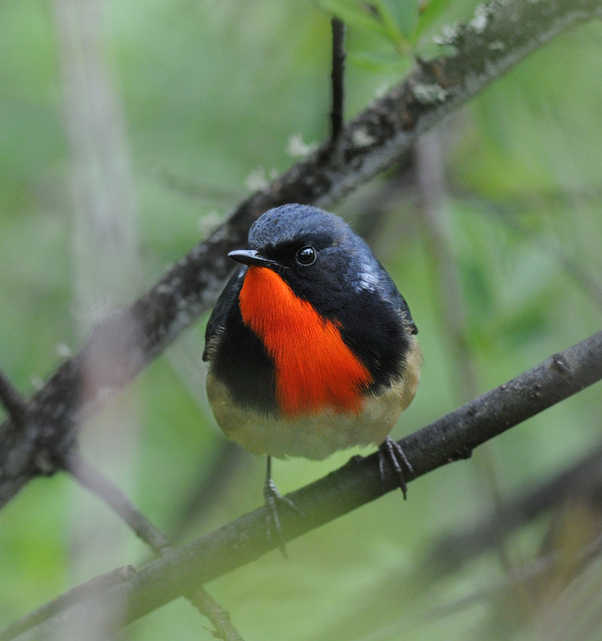 Sichuan lies in the very heart of China and is situated on the eastern edge of the vast Tibetan Plateau. It is a huge province, the size of France and hosts the richest concentration of Chinese specialities and endemics in this vast country. There is a remarkable wealth of birdlife waiting in its rich evergreen and temperate forests, alpine meadows, mighty snow-capped mountains and grasslands of the Tibetan Plateau which form some of the most spectacular scenery of any bird tour! China is a vast country and it is impossible to do justice to the amazing diversity of superb birds in one trip, so this tour concentrates on the mountainous province of Sichuan. Our unique and special tour takes in the well-known sites of Labahe, Balang Shan, Mengbi Shan and finishes with a spectacular visit to the Tibetan Plateau. We also visit several lesser-known mountains during this unique ZOOTHERA tour which provides the opportunity to see as many of the endemic and sough-after specialities as possible amidst some of the most exciting scenery imaginable. With such enigmatic species as Temminck's Tragopan, Chinese Monal, Black-necked Crane, Firethroat, Sichuan Jay, Red-winged Laughingthrush and much more, all seen amidst some of the most spectacular mountainous scenery imaginable and you can see why this is such an exciting tour. We are also proud of the fact that this is the most competitively priced Sichuan tour available and provides excellent value for money.

Group size: Minimum for tour to go ahead 5 and maximum 9.

Accommodation: The hotels used during this tour range from standard to good, all with en-suite facilities. We will stay in the best available lodges/guest houses as close to the birding sites as possible.

Tour Code: This is a relatively adventurous tour as we will spend a lot of the tour birding between 2,700m - 4,200m although this is mainly from roads. Any climbing will be done very slowly. Some long drives are necessary but the roads are mainly paved now and our minibus/coaster is both comfortable and well maintained. The weather is variable at this time of year, but expect it to be quite warm around Chengdu, ranging to cold with possible snow showers in higher areas. Rain is possible in the mountains.