China - Sichuan and the Tibetan Plateau 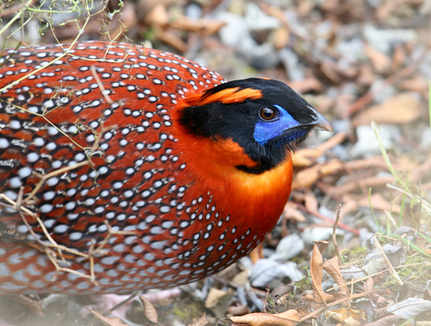 Sichuan lies in the very heart of China and is situated on the eastern edge of the vast Tibetan Plateau. It is a huge province, the size of France and hosts the richest concentration of Chinese specialities and endemics in this vast country. There is a remarkable wealth of birdlife waiting in its rich evergreen and temperate forests, alpine meadows, mighty snow-capped mountains and grasslands of the Tibetan Plateau which form some of the most spectacular scenery of any bird tour! China is a vast country and it is impossible to do justice to the amazing diversity of superb birds in one trip, so this tour concentrates on the mountainous province of Sichuan. Our unique and special 2 week tour takes in the well-known sites of Wawu Shan, Balang Shan, Mengbi Shan and finishes with a spectacular visit to the Tibetan Plateau. This unique ZOOTHERA tour provides the opportunity to see a wide selection of endemic and sough-after specialities amidst some of the most exciting scenery imaginable.

Targets:
Day 1   UK - Chengdu - 1st June
Overnight flight from London to Chengdu.
Day 2     Chengdu – Baihua Tan Park – Du Fu's Cottage
Following a morning arrival in Chengdu we can spend a relatively easy day's birding visiting some of the local sites such as Du Fu's Cottage, Baihua Tan Park and Qing Long Lake in search of species we will not see elsewhere on the tour. In particular we shall look for the endemic Chinese Bulbul and Chinese Blackbird, as well as Rufous-faced Warbler, Ashy-throated and Vinous-throated Parrotbills, White-browed Laughingthrush, Chinese Hwamei, Oriental Greenfinch, Crested Myna, Yellow-billed Grosbeak, and both Red-billed and White-cheeked Starlings. Night in Chengdu.
Days 3 – 5   Wawu Shan 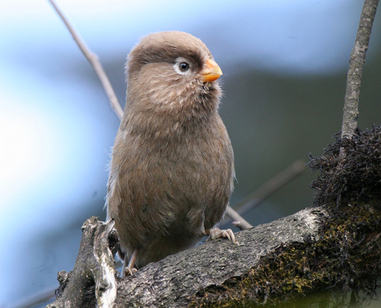 There is time this morning to check out the Panda Breeding Centre in the middle of town, which not only gives us our only realistic chance of seeing these amazing animals but also any birds we may have missed yesterday. Then we will drive across the flat, cultivated Red Basin and aim to arrive at Wawu Shan in time for some afternoon birding. We will have 2 full days to explore this 3000m mountain which has a virtually identical birdlist to the more famous Emei Shan a short distance to the west. The advantage of Wawu Shan is the greater ease of access making searching for the specialities a far more pleasant experience requiring a lot less effort! The terrain here consists of jagged mountain peaks, mixed coniferous-rhododendron forest, bamboo and evergreen broadleaf woodland and provides a spectacular setting for our search of the extremely localised and endemic Grey-hooded Parrotbill, Emei Shan Liocichla and Sichuan Treecreeper. Other target species here include Great, Brown, Ashy-throated, Fulvous, Golden and Grey-headed Parrotbills, Rusty Laughingthrush, Claudia's, Emei, Klossi's and Sichuan Leaf-warblers, as well as Buff-throated among 17 other phylloscopus warbler to be recorded here, 7 species of bush-warbler, Alstrom's, 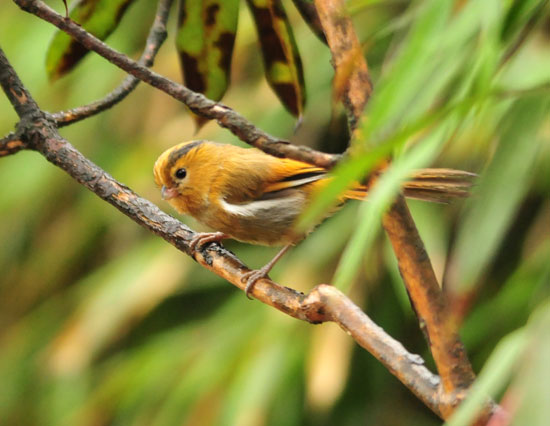 Bianchi's and Marten's Warblers, Grey-hooded Fulvetta and the near endemic Yellow-bellied Tit. Our pheasant list could get off to a great start with Lady Amherst's as well as the stunning Temminck's Tragopan, and possibly Chinese Bamboo Partridge. Other special birds here are Chinese Blue Flycatcher, Black-streaked Scimitar-babbler, Elliott's and Red-winged Laughingthrushes, both Grey-hooded and Brown-capped Fulvettas, and White-collared Yuhina. There are also a huge selection of other species, many of which range further west across the Himalayas including Crimson-breasted and White-backed Woodpeckers, Large and Whistling Hawk-cuckoos, Oriental and Lesser Cuckoos, Collared Owlet, Rufous-breasted Accentor, White-tailed Robin, White-browed Shortwing, White-bellied Redstart, Fujian and Vivid Niltavas, Spot-breasted Scimitar-babbler, Streak-breasted and Pygmy Wren-babblers, White-browed Shrike-babbler, Golden-breasted Fulvetta, Black-chinned Yuhina, Red-winged and Spotted Laughingthrushes, Rufous-vented Tit, Gould's Sunbird, Japanese White-eye, both Dark-breasted and Dark-rumped Rosefinches and Grey-headed Bullfinch. One day can be spent at the summit which we reach by cable car &explore the extensive trail system. Nights at Wawu Shan.
Days 6 – 8    Wawu Shan - Wolong – Balang Shan 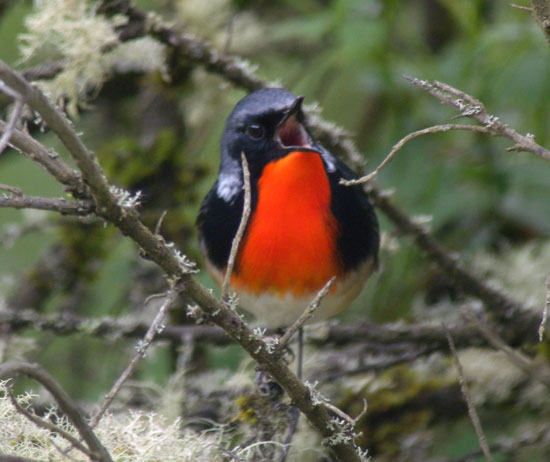 We'll have an early morning excursion for any species still needed before our route takes us up through the bird-rich Balang Shan mountain range where the road reaches its highest point at the 4500m pass and is the right habitat zone for Tibetan Snowcock, Snow Partridge, Chinese Monal, Snow Pigeon, Grandala, Alpine and Red-billed Choughs, Alpine Accentor, Red-breasted Rosefinch and Brandt's Mountain-finch. We will spend 2 full days around the fabulous Balang Shan beginning at daybreak as the rare Wood Snipe displays over the hillsides covered in azalea-scrub. The endemic White Eared-Pheasant forages unobtrusively, Firethroats reside in the Bamboo thickets, Koklass and Golden Pheasants hide in the undergrowth. 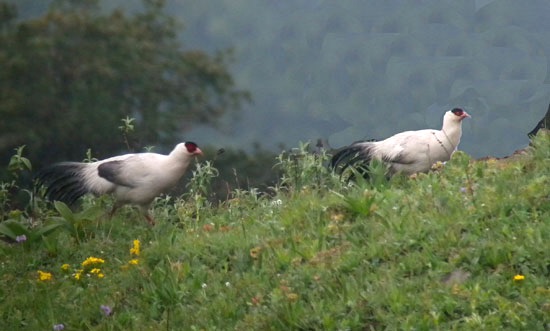 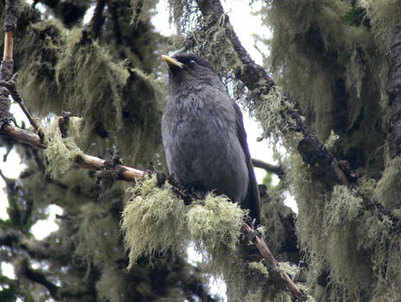 If we still need any species there's a final opportunity to return to Balang Shan before leaving the wetter alpine zone and heading into dry valleys cloaked in spruce and pine forest and up to our first taste of the Tibetan avifauna. En-route we will check out some areas for White-tailed Rubythroat, Hill Pigeon and Wallcreeper in a scenic valley. Then we drive along a little used mountain track higher into the marvellous coniferous forests of Mengbi Shan where Verreaux's Monal-Partridge, Firethroat, Sichuan Jay, Giant Laughingthrush, Przewalski's Nuthatch, Chinese 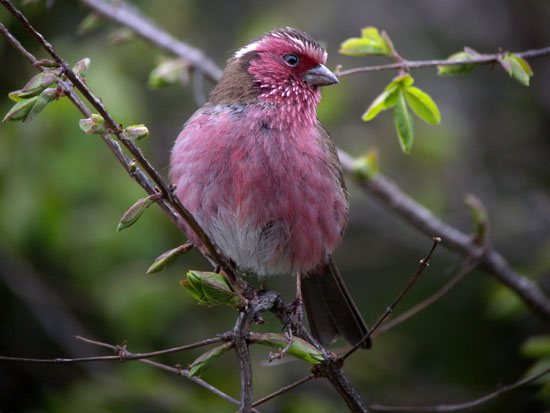 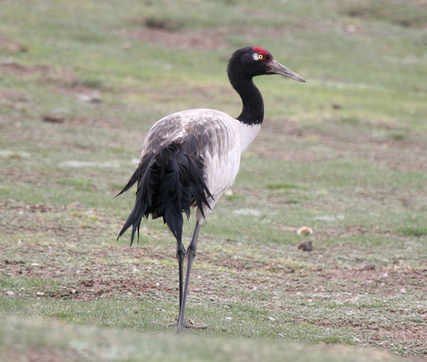 An early start will see us driving along the eastern edge of the Tibetan Plateau where we can explore the wide open grasslands and forest. Here we will look for Black-necked Crane, Amur Falcon, Saker, Upland Buzzard, Pale Martin, Tibetan Lark, Oriental Skylark, Blyth's Pipit, Chinese Grey Shrike, Hume's Groundpecker, Chinese Grey Shrike, Pere David's Laughingthrush, Godlewski's Bunting, Rufous-necked, Black-winged and White-rumped Snowfinches, the latter usually nest amongst the colonies of Marmots and Pika! The scenery here is unimaginably beautiful and provides a complete contrast to the coniferous forests we have become used to. Flower Lake is a vast area of wetlands where numerous wildfowl reside and usually turns up the odd surprise such as White-tailed Eagle 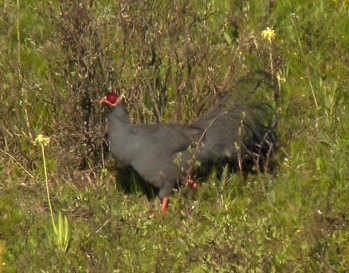 or Cinereous Vulture, but more likely are some familiar waders to add to our list. Secret valleys bathed in high altitude scrub hold the endemic White-browed Tit, whilst some nearby forests hold the shy Severtsov's Grouse, Blue Eared Pheasant, Blood Pheasant, Black Woodpecker, Slaty-backed and Slaty-blue Flycatchers, Chinese Fulvetta, Sukatchev's Laughingthrush, Chinese Song Thrush, Sichuan Willow and Japanese Tits, Tibetan Siskin, both Three-banded and Pink-rumped Rosefinches and there are further chances of Crested Tit-warbler. Nights at Roergai.
Day 15   Tibetan Plateau - Chengdu
After some final birding here this morning we will leave the Tibetan Plateau and drop down into the typical mountainous terrain of northern Sichuan, checking a few special sites along the way for Blue Eared-Pheasant, Severtzov's Tit-warbler, Sukatschev's Laughingthrush or Verreaux's Monal-partridge if we still need them. But most of the day will be spent on the return journey to Chengdu, passing through more spectacular scenery and a final chance to catch up with any other species still missing from our lists. Night at Chengdu.
Day 16   Chengdu – End of Tour - 16th June
Transfer to the airport and return flights to the UK, where we should arrive in the late afternoon and the end of the tour.

Or continue for our Crested Ibis extension 16th - 18th June. Classified as Endangered by BirdLife International, the world population is estimated at only 500 individuals and the only place to see them is in Shaanxi Province. Very few western birders have made the pilgrimage to see this stunning bird and would prove a fitting finale to an already wonderful tour full of China's rarest birds. Please ring for details.
Leader: Nick Bray.
Ground Price:  £2495.00 - Chengdu/Chengdu
Airfare:  £650.00 (Approx) - UK/UK 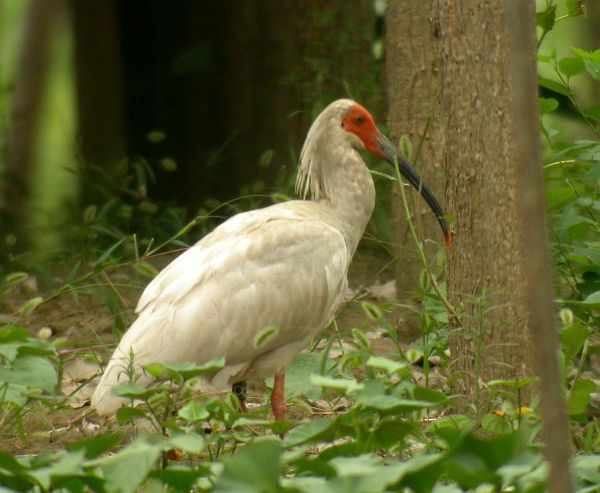 Accommodation: The hotels used during this tour range from good to standard, all with en-suite facilities. We will stay in the best available lodges/guest houses as close to the birding sites as possible.

Tour Code: This is a relatively adventurous tour as we will spend a lot of the tour birding between 2,700m -4,200m although this is mainly from roads. Any climbing will be done very slowly. Some long drives are necessary but the roads are mainly paved now and our land cruisers/bus are both comfortable and well maintained. The weather is variable at this time of year, but expect it to be quite warm around Chengdu, ranging to cold with possible snow showers in higher areas. Rain is possible in the mountains. 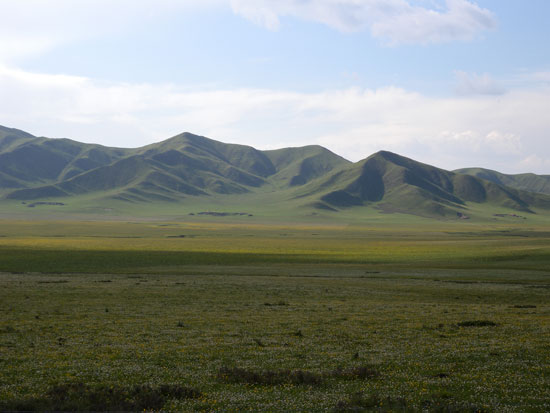 View Tour Itinerary as a Pdf.

The air holidays and flights shown are ATOL protected by the Civil Aviation Authority. Our ATOL number is 10436. Please see our Terms and Conditions for more information.