Day 1     UK - Albuquerque   -  10th January
Following a daytime flight from the UK to Albuquerque, we will arrive in the evening and then transfer across the city and spend the night at a comfortable motel. Night in Albuquerque.

Day 2    Rio Grande Nature Centre – Santa Fe
We will begin our birding at the nearby Rio Grande Nature Center, a cottonwood forest and wetland along the Rio Grande river. Its 270 acres of riverine woodland, meadows, farmland and lakes are home to a wide variety of birds and provides a perfect introduction to New Mexico's birdlife. The heated visitor centre is a great place to spend some time as it looks out over ponds that usually prove attractive to a wide variety of waterfowl that can include Cackling Goose, Wood Duck, Ring-necked Duck, American Wigeon, Cinnamon Teal, Lesser Scaup, sometimes even Hooded Merganser, Green-winged Teal, the delightful Wood Duck, American Coot and hopefully our first Sandhill Cranes. A series of feeders outside attracts birds such as Downy Woodpecker, Red-winged Blackbird, Black-capped Chickadee, House Finch, White-crowned and Song Sparrows, and several races of Dark-eyed Junco. The wooded riverside trails are worth exploring for Northern Flicker, Hairy Woodpecker, White-breasted Nuthatch, Brown Creeper, Ruby-crowned Kinglet, Bushtit, Hermit Thrush, American Robin, Black Phoebe, Woodhouse's Scrub Jay (one of the recent splits from Western Scrub Jay), Audubon's Warbler (part of the two-way Yellow-rumped Warbler split), Cedar Waxwing and Chipping
Sparrow amongst others.

If we have time we can visit a nearby canyon where hillsides are covered in pinyon-juniper and montane scrub to search for resident birds such as Scaled Quail, Ladder-backed Woodpecker, Juniper Titmouse, Bushtit, Rock Wren, Western Bluebird, Canyon Towhee, Curve-billed Thrasher and Townsend’s Solitaire. Afterwards, we’ll drive to Santa Fe along a highway that passes through juniper-clad slopes, expansive grasslands, and deep canyons where we may encounter birds such as Golden Eagle, Pinyon Jay, Canyon and Rock Wrens, and both Western and Mountain Bluebirds. Herds of Pronghorn could well be encountered in the grasslands as well. Night in Santa Fe.

Days 3 - 4    Santa Fe Ski Valley - Las Vegas NWR - Rio Grande Gorge
This morning we will head up into the fantastic Santa Fe Ski Valley, to look for Brown Creeper, Clark’s Nutcracker, Gray Jay and the much-wanted Pine Grosbeak. Depending on what other species we would like to key in on today, there is the option to drive north to the expansive short grass prairie at the Las Vegas National Wildlife Refuge or Maxwell NWR. Here we could encounter more northerly species such as Rough-legged Hawk, Tundra Swan, Lewis' Woodpecker, Black-billed Magpie, Evening Grosbeak and American Tree Sparrow. Depending upon conditions we could drive further north along the scenic Rio Grande Gorge in search of wintering American Dipper, Bufflehead and Barrow’s Goldeneye. Nights in Santa Fe.

Day 5    Sandia Crest
An early start will see us driving up into the Sandia Mountains, and in particular the highest point of Sandia Crest at 3255m. The main reason for coming up here is to view a series of feeders where Black, Brown-capped and Grey-crowned Rosy-finches of two races are all possible. This is one of only a couple of locations in North America where it is possible to see all three species together! We will also spend time birding the extensive montane pine forest from the road where at this time of year resident and wintering species include Northern Pygmy-Owl (split from Eurasian Pygmy-Owl), Hairy Woodpecker,  the rare American Three-toed Woodpecker, Williamson’s Sapsucker, Red-breasted and Pygmy Nuthatches, Steller’s Jay, Mountain Chickadee, Townsend’s Solitaire, Dark-eyed Junco, flocks of Pine Siskins and Red Crossbills, as well as the occasional Cassin’s Finch and Pine Grosbeak. In the afternoon we will follow the highway south to our next motel in Socorro for a three night stay.

Day 6   Bosque Del Apache NWR
Bosque Del Apache National Wildlife Refuge, translated as "Woods of the Apache", is 57,311 acres located along the Rio Grande at the northern edge of the Chihuahuan desert. The heart of the refuge is composed of moist bottomlands, active floodplains, wetlands, farmland and riparian forest. The surrounding area is made up of arid foothills and mesas that rise to the Chupadera Mountains to the west and the San Pascual Mountains to the east. We will need to be in position before dawn to witness the spectacle of thousands of Snow and Ross’s Geese and Sandhill Cranes leaving their roosting sites for feeding areas outside the refuge. The sheer number of birds associated with this early morning movement, combined with the rich cacophony of noise as flock upon flock whirl overhead is one of the natural world's most impressive spectacles and we can count ourselves very lucky to witness this awesome event. After thoroughly enjoying this beautiful and stunning event we will spend the rest of the day exploring the loop roads and birding trails of the refuge that will take us around the ponds and wetlands for a host of waterbirds such as Neotropic Cormorant, Green-winged Teal, Redhead, Ring-necked Duck, Canvasback, Lesser Scaup, Bufflehead, Common Merganser and Canada Geese. Raptors can be quite confiding at this time of year and may include Bald Eagle, Ferruginous Hawk, American Kestrel, Merlin, both Sharp-shinned and Cooper’s Hawks and Northern Harrier. There's also a decent selection of passerines to be found here including Gambel’s Quail, Greater Roadrunner, Marsh Wren,  Horned Lark, Western Meadowlark, Yellow-headed Blackbird, American and Lesser Goldfinches and Fox Sparrow. A nearby desert trail sometimes holds Crissal Thrasher, Black-throated & Brewer's Sparrows, Rock Wren and Verdin. The Visitor Centre offers a nice place to relax and we can watch the feeders for Spotted and Green-tailed Towhee, White-throated and White-crowned Sparrow, and hopefully somthing rarer like a Harris's Sparrow. In the late afternoon we can watch the immense flocks of Snow Geese and Sandhill Cranes returning to their roosting pools - winter 2014/15 estimates of 50,000 Snow Geese, 11,000 Sandhill Cranes and 70,000 wildfowl are quite impressive. If we stay late enough we might get lucky with a roadside Great Horned Owl. Whilst mammals present here include Coyote, Black-tailed Jackrabbit, Striped Skunk or even a Porcupine if we are very lucky. Night in Socorro.

Days 7 - 8    Percha Dam - Caballo Lake - Magdelena Mountains - Bosque Grasslands
We may well return to Bosque Del Apache for the dawn flight of geese and cranes again before heading south to a variety of excellent habitats, including some huge reservoirs where we will spend the next two days. We will be totally flexible and the sites visited depends on which species are still missing from our lists. Some of the best birding locations in the state are found here and in particular we will visit Elephant Butte Lake, rich in waterbirds with many thousands present on the open water and it is perhaps the best place in New Mexico for rare wintering gulls including Glaucous and Thayer's. There should be some American White Pelicans and Double-crested Cormorants present and we shall also scan through the rafts of Western Grebes looking for the rarer Clark’s Grebe and this can also be a good site for Hooded Merganser and Cinnamon Teal if we still need them. There could well be a few shorebirds around such as Killdeer, Least Sandpiper or Greater Yellowlegs amongst others. These wetlands are also home to Muskrat and even Beavers as well.

Areas around Caballo Lake and Percha Dam State Park are also great areas for birding and have a reputation for attracting rare and unusual species. Extensive stands of cottonwood and Chihuahuan Desert scrub attract large numbers of wintering landbirds such as Hammond’s Flycatcher, and we will look for Gambel’s Quail, White-winged and Inca Doves, Greater Roadrunner, Northern Flicker, Ladder-backed Woodpecker, Red-naped Sapsucker, Verdin, Say’s Phoebe, Brewer's Blackbird, Chihuahuan and Common Ravens, Cactus Wren, Bridled Titmouse, Crissal Thrasher, Pyrrhuloxia, Phainopepla, Rufous-crowned Sparrow and further chances of Mountain Bluebird. We will make a special effort to search suitable areas for a variety of sparrows such as Sagebrush, Black-throated, Brewers and Grasshopper, whilst White-crowned Sparrow should be abundant. Rough-legged Hawk and the commoner Red-tailed Hawk are also possible in the area. The surrounding parks may support species such as Scaled Quail, American Pipit, Cactus, Rock and Bewick’s Wrens. Hopefully, we can find a McCown’s, Chestnut-collared or Lapland Longspur, and maybe even a Black-tailed Gnatcatcher during our exploration of this vast area.

On our last morning we can head up into the Magdelena Mountains, west of Socorro, and search wooded areas for Northern Pygmy Owl, Acorn Woodpecker, Red-naped & Williamson's Sapsuckers, Pygmy Nuthatch, Canyon Wren, Golden-crowned Kinglet, Western Bluebird, Woodhouse's Scrub Jay, Juniper Titmouse and Red Crossbill. Afterwards we can visit the vast grassland near Bosque for further chances of catching up with any wintering raptors, several species of sparrows and longspurs we may still need, as well as Horned Lark, the distinctive lilianae subspecies of Eastern Meadowlark and Loggerhead Shrike. We will spend three nights at Socorro and our last night back in Albuquerque.

Day 9   Albuquerque - UK - End of Tour  - 18th January
We may have time for some last minute birding before heading to Albuquerque airport and our overnight flight back to the UK and conclusion of a wonderful tour. 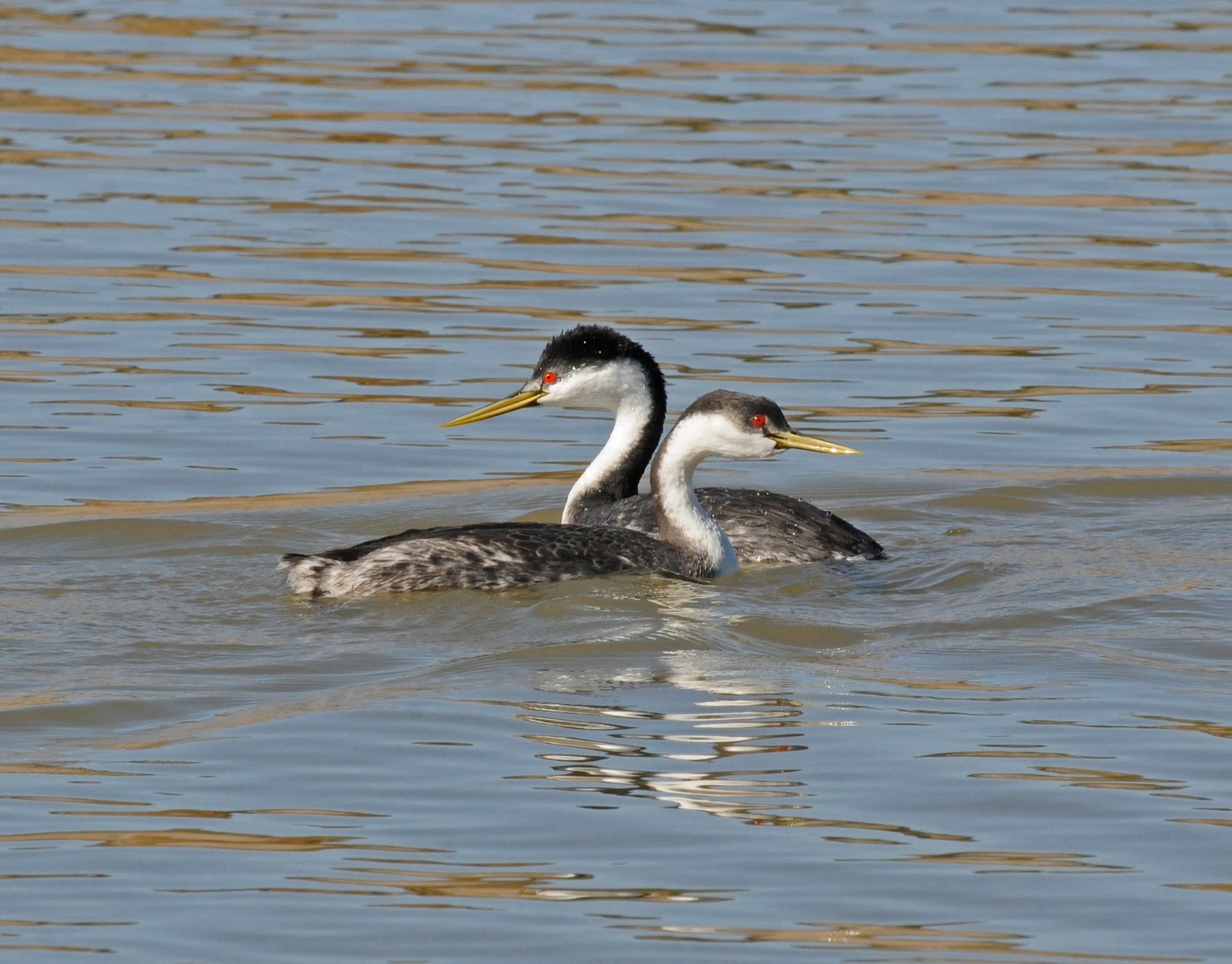 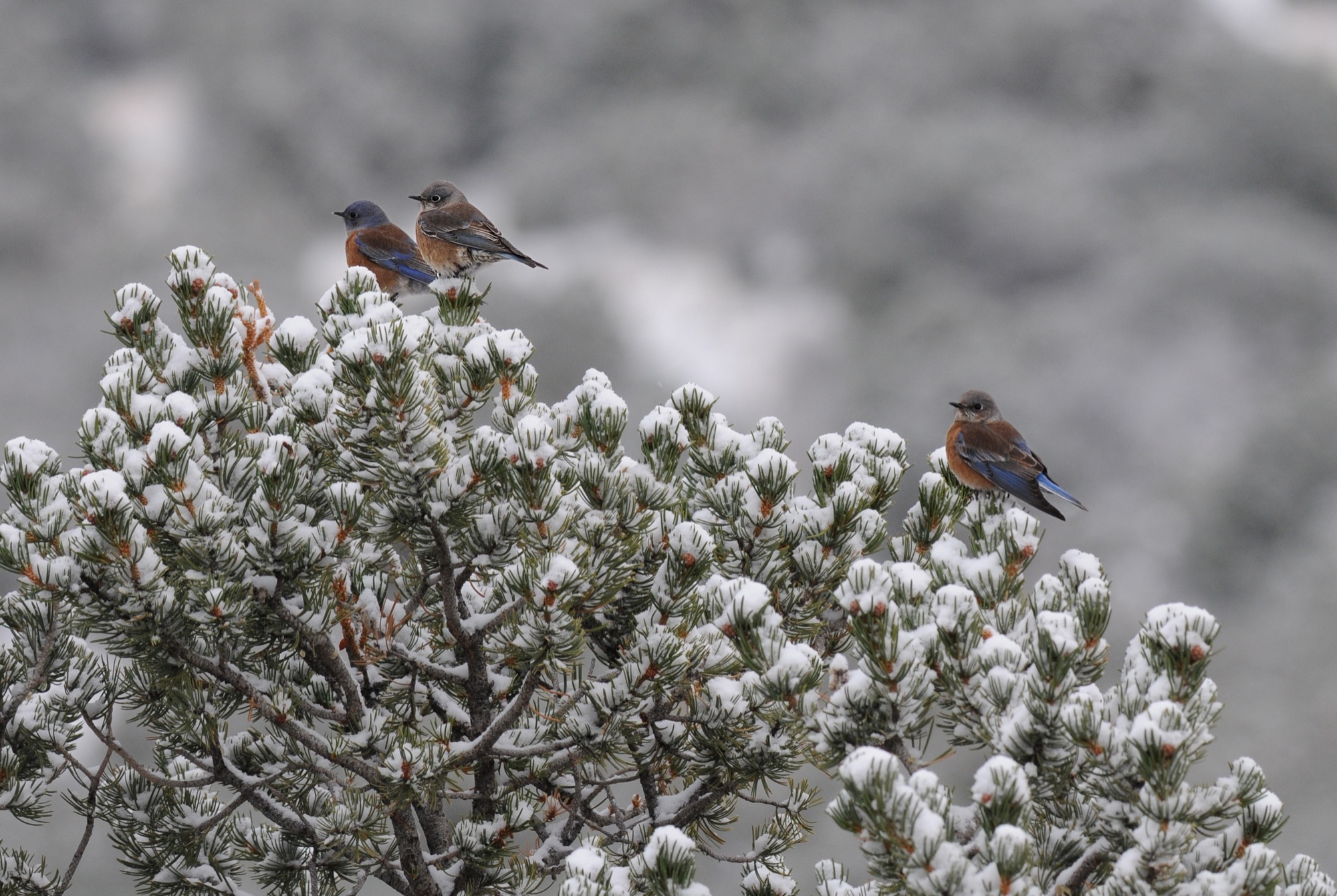 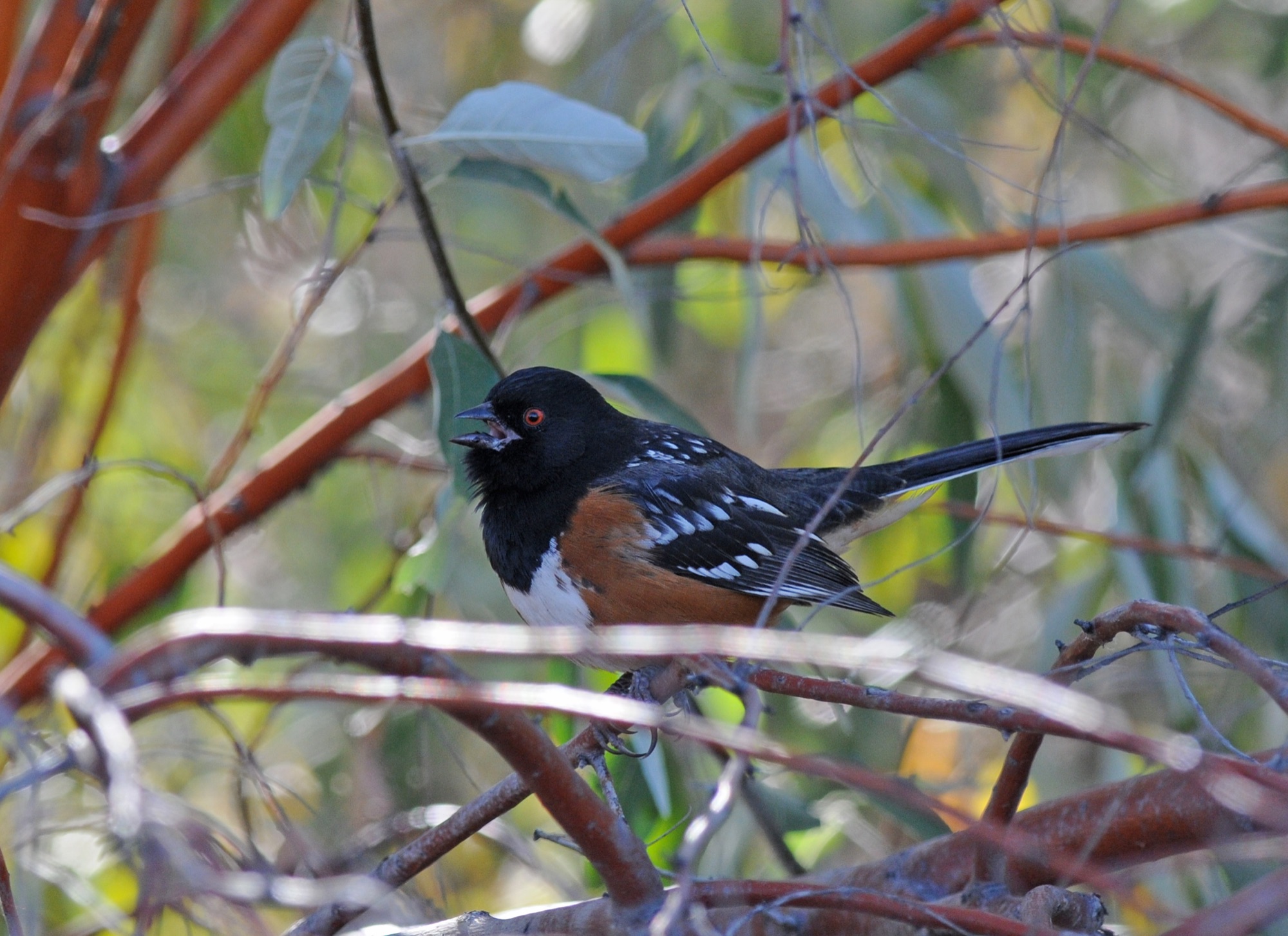 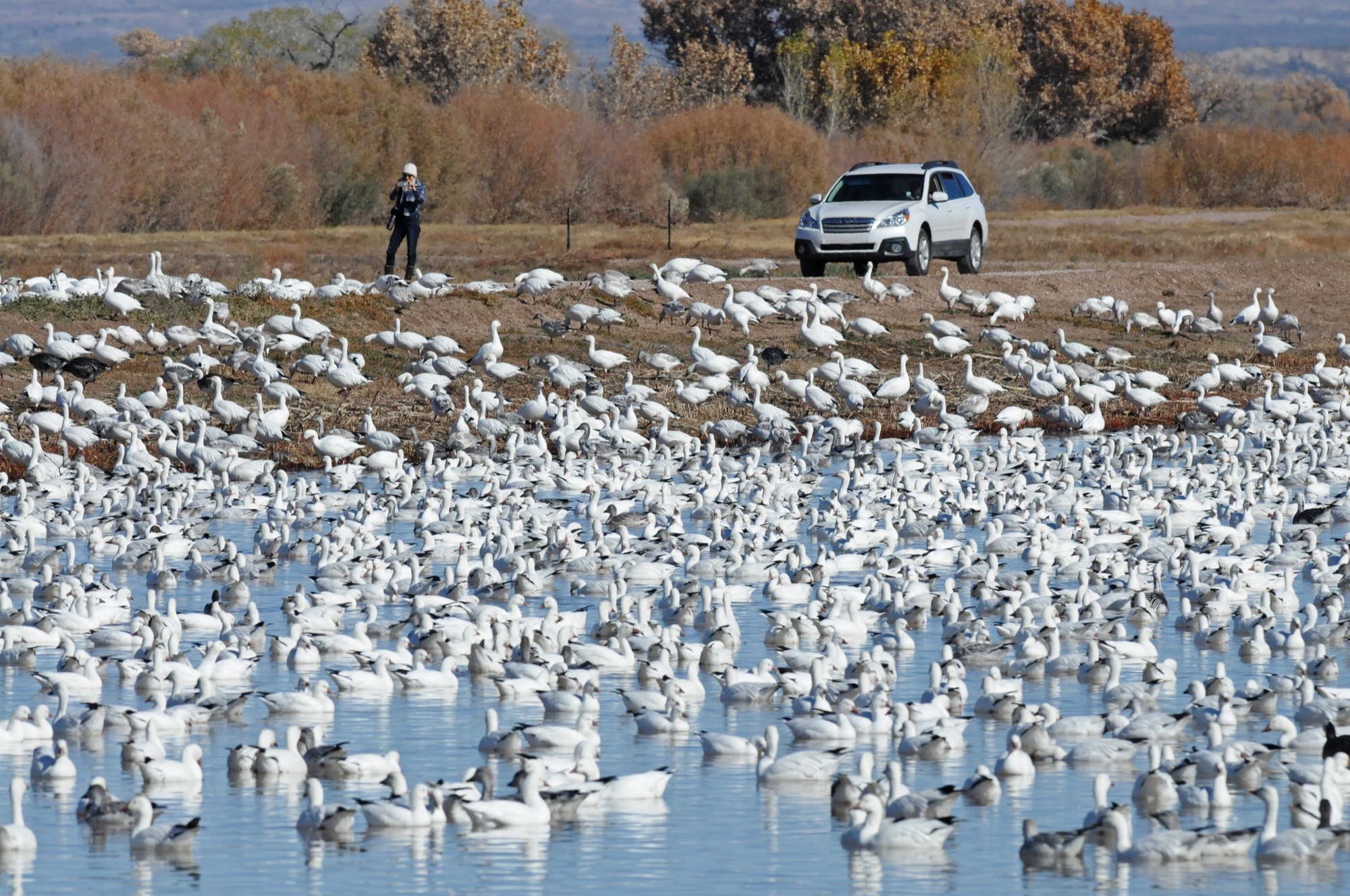 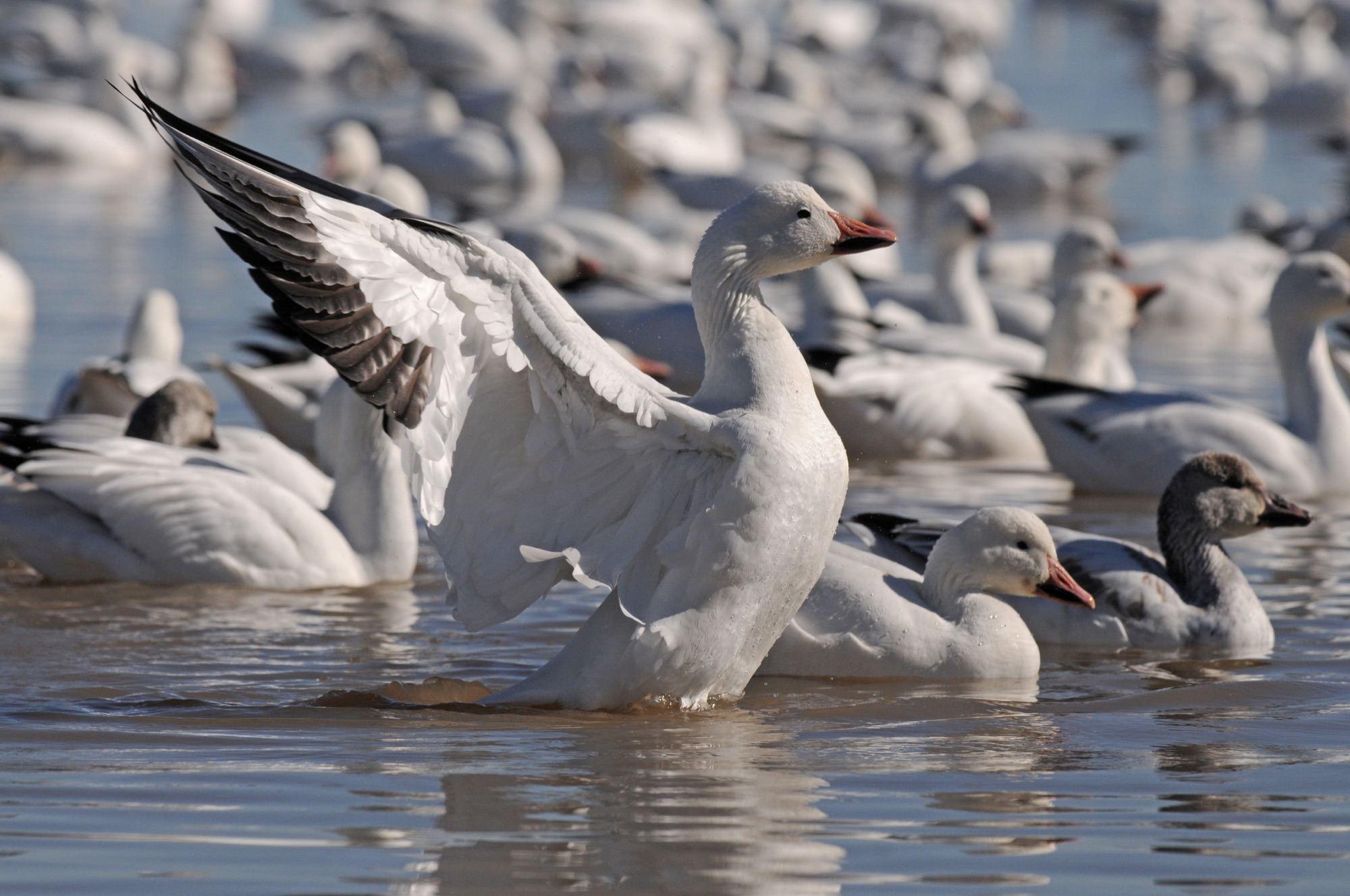 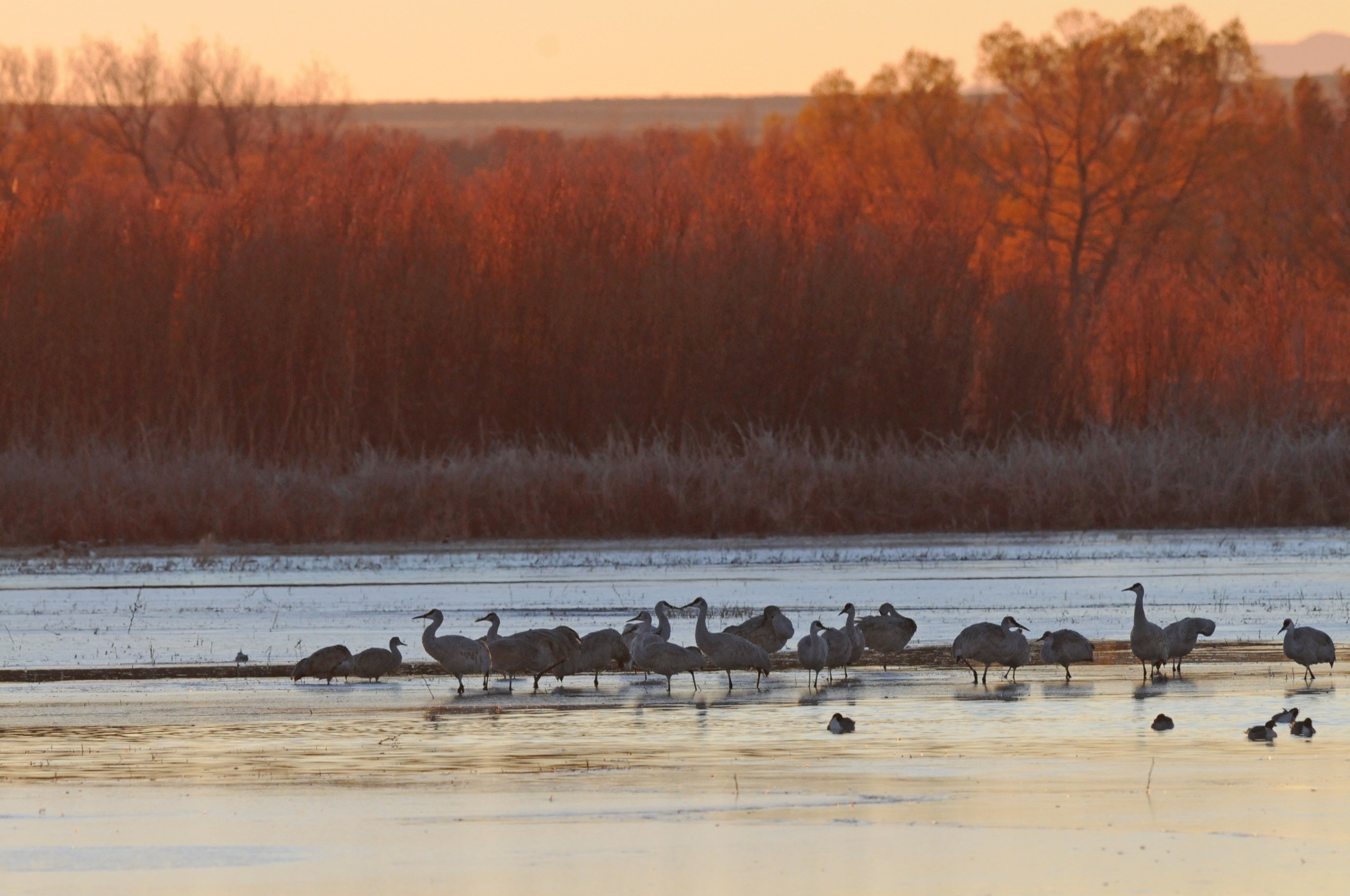 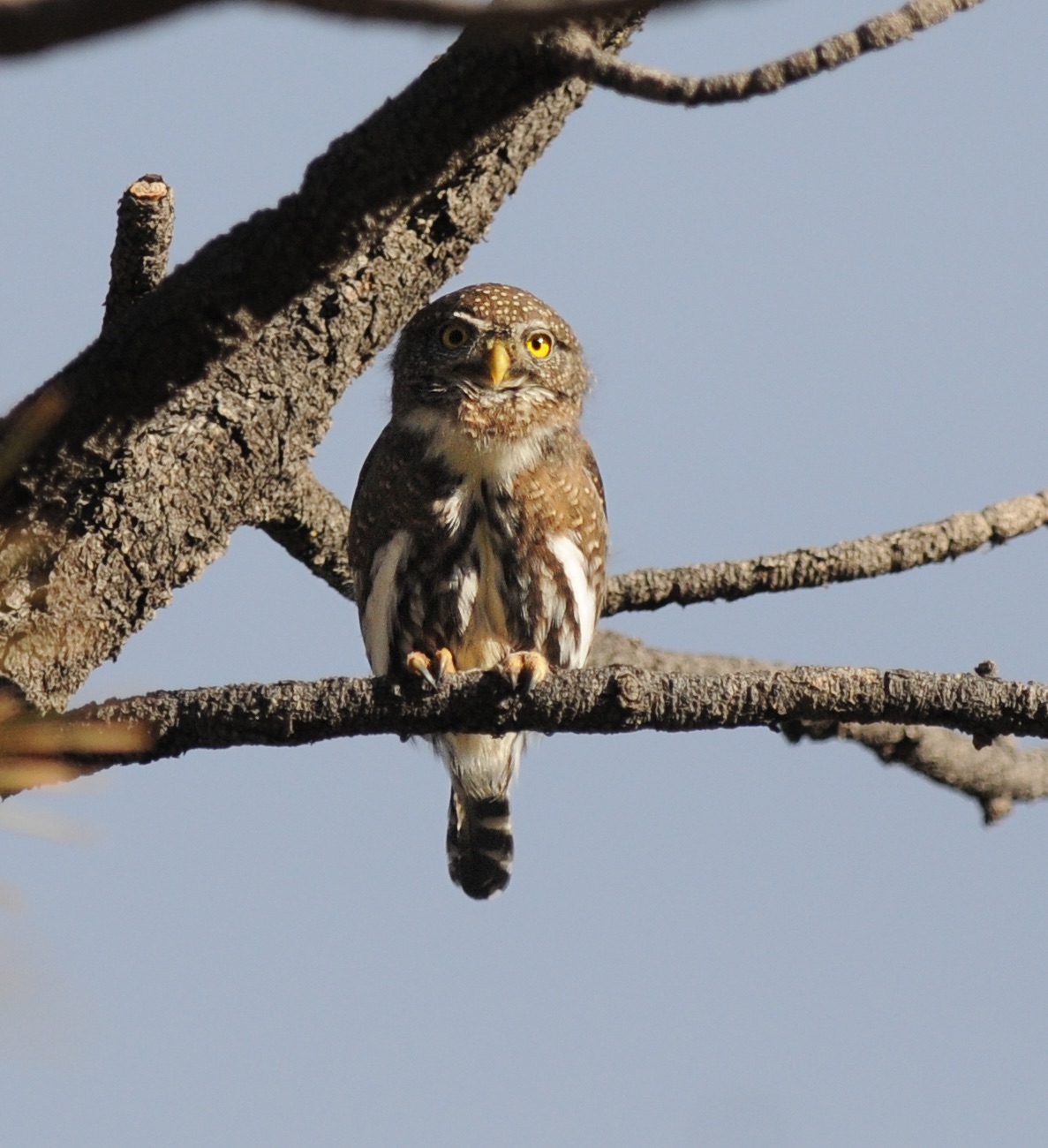 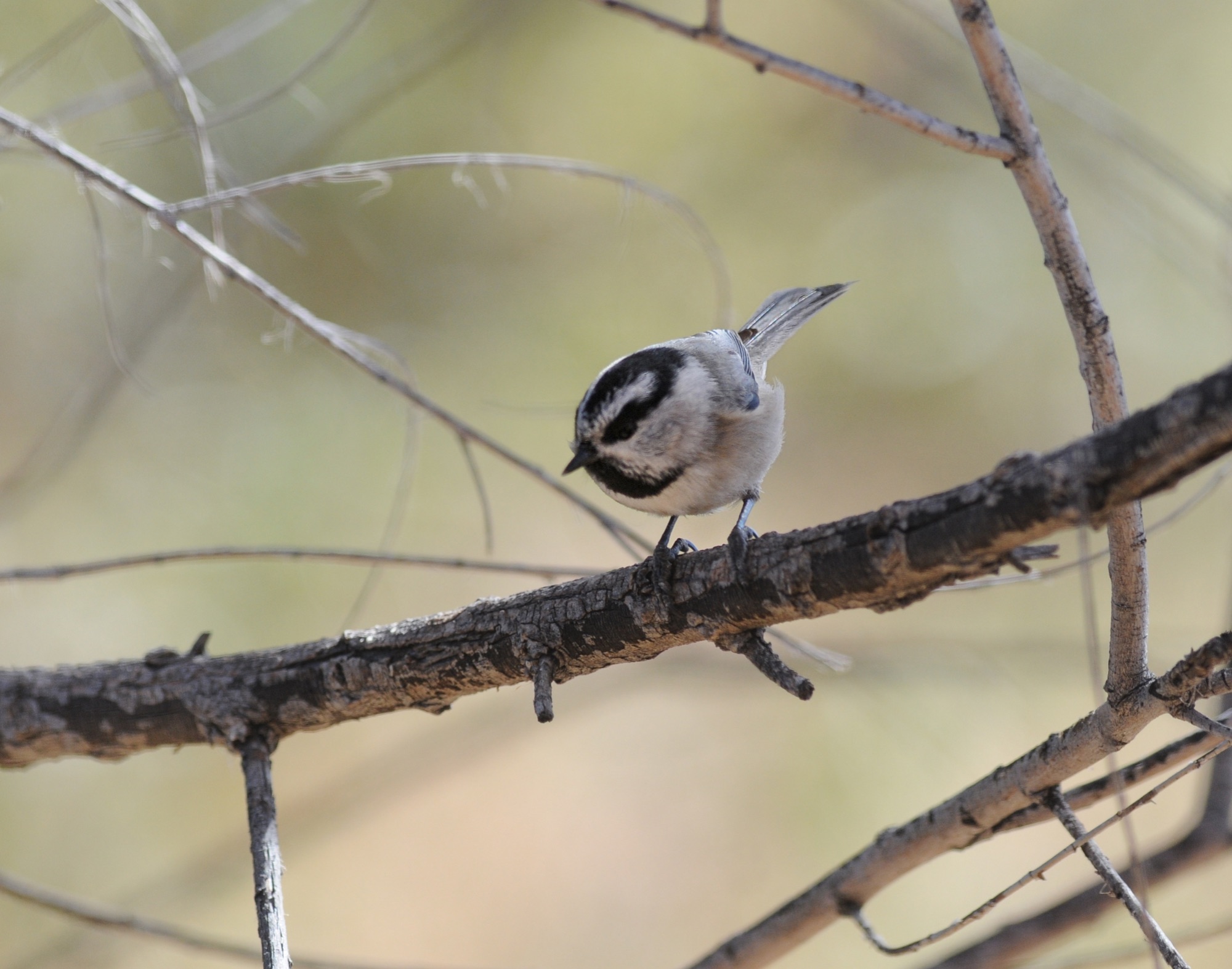 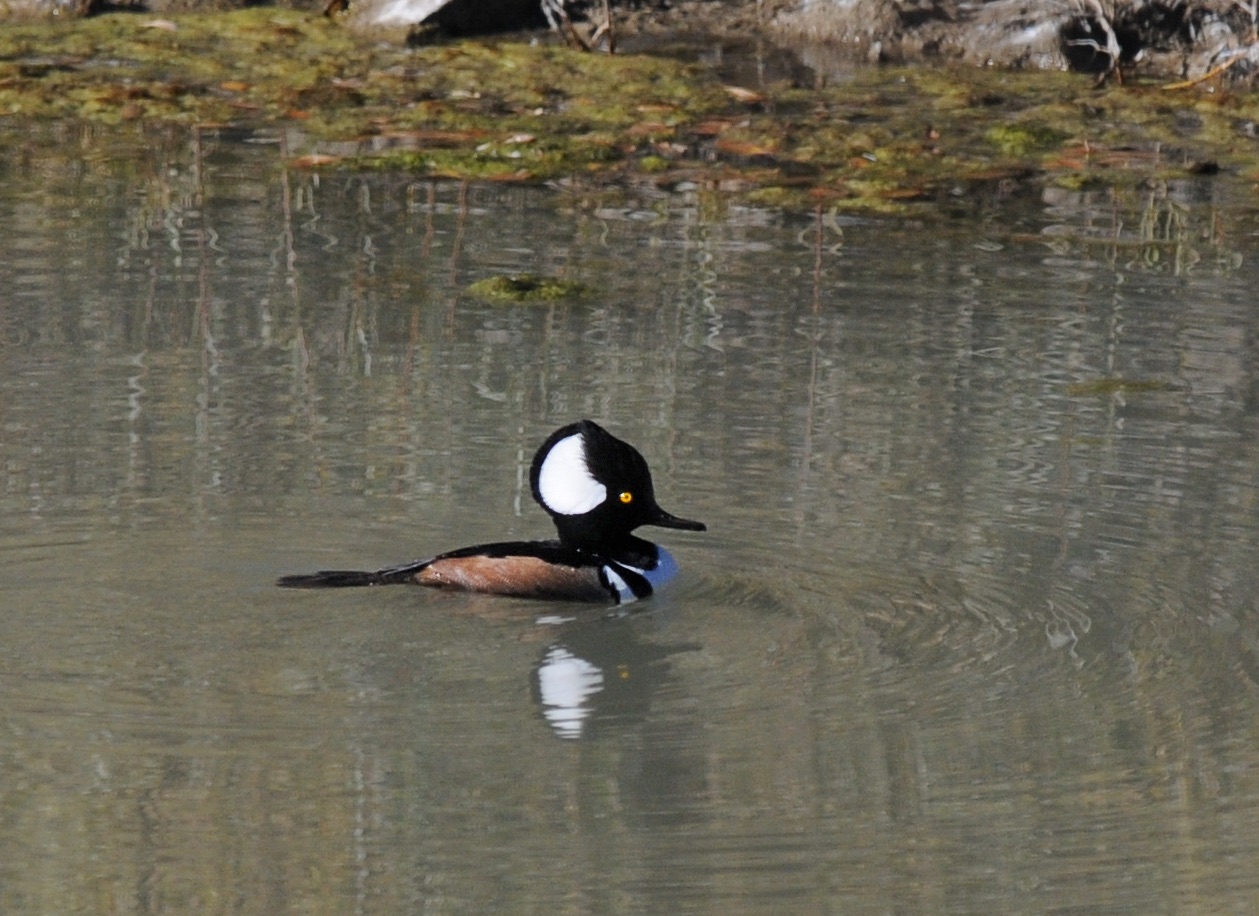 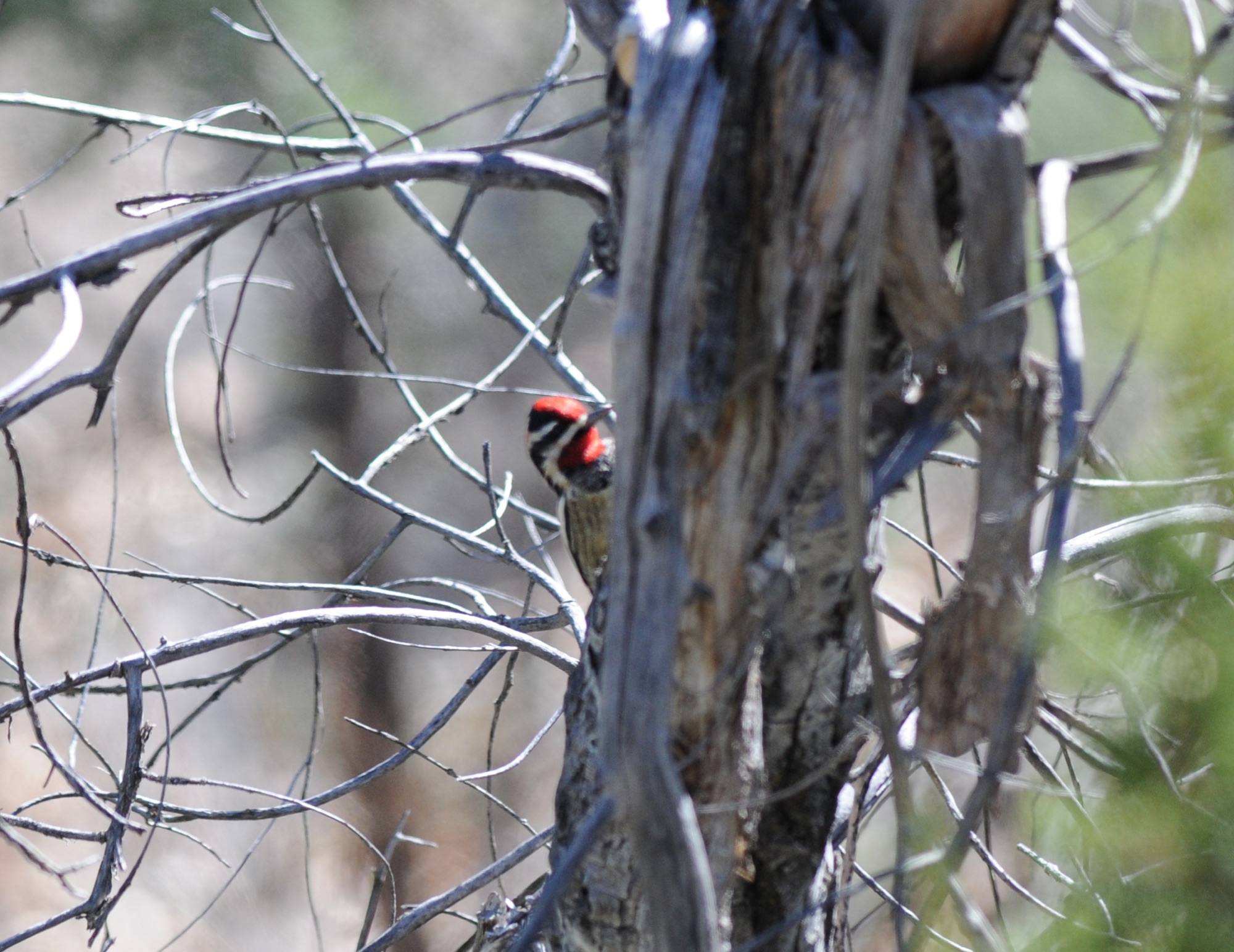 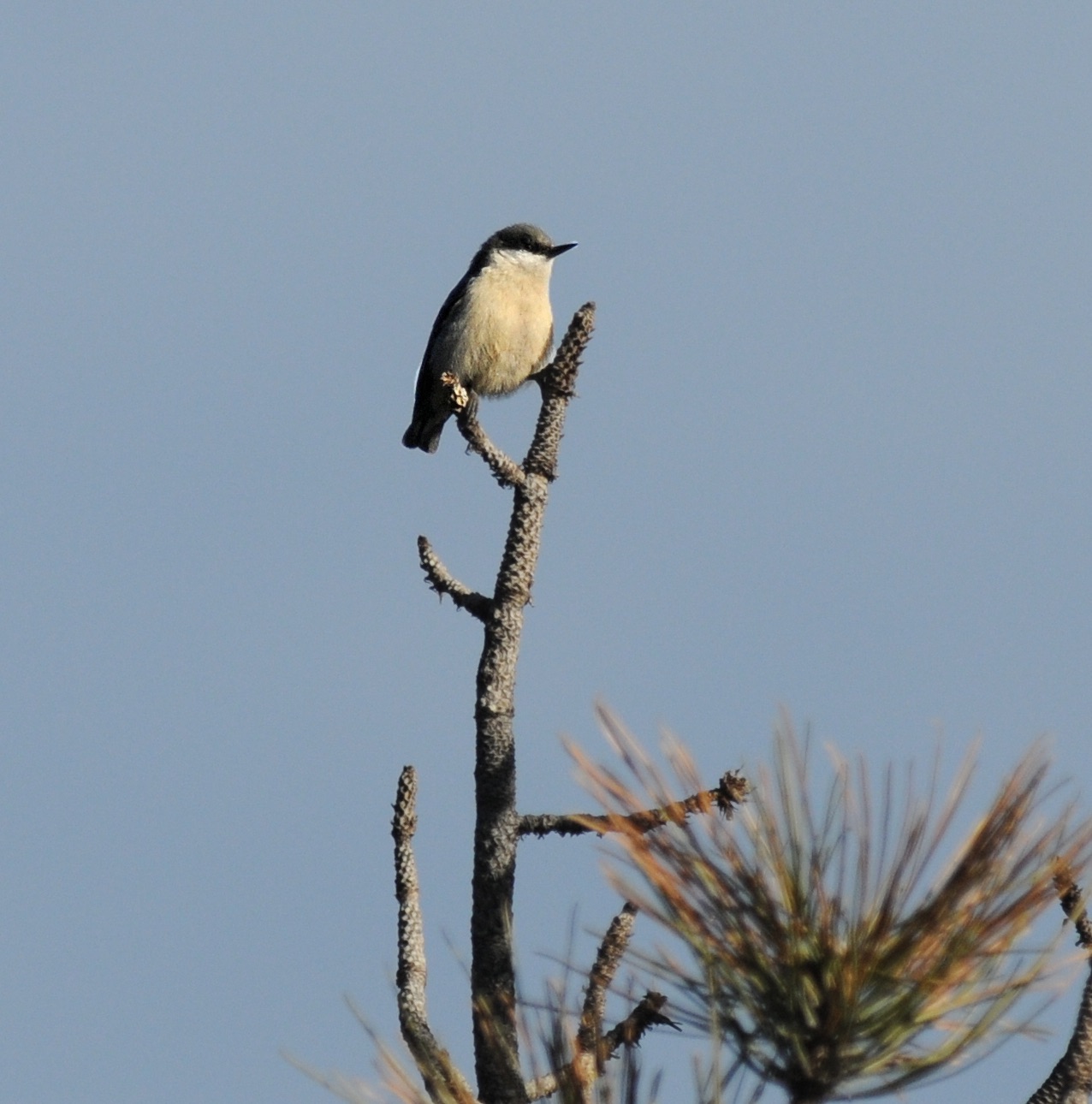 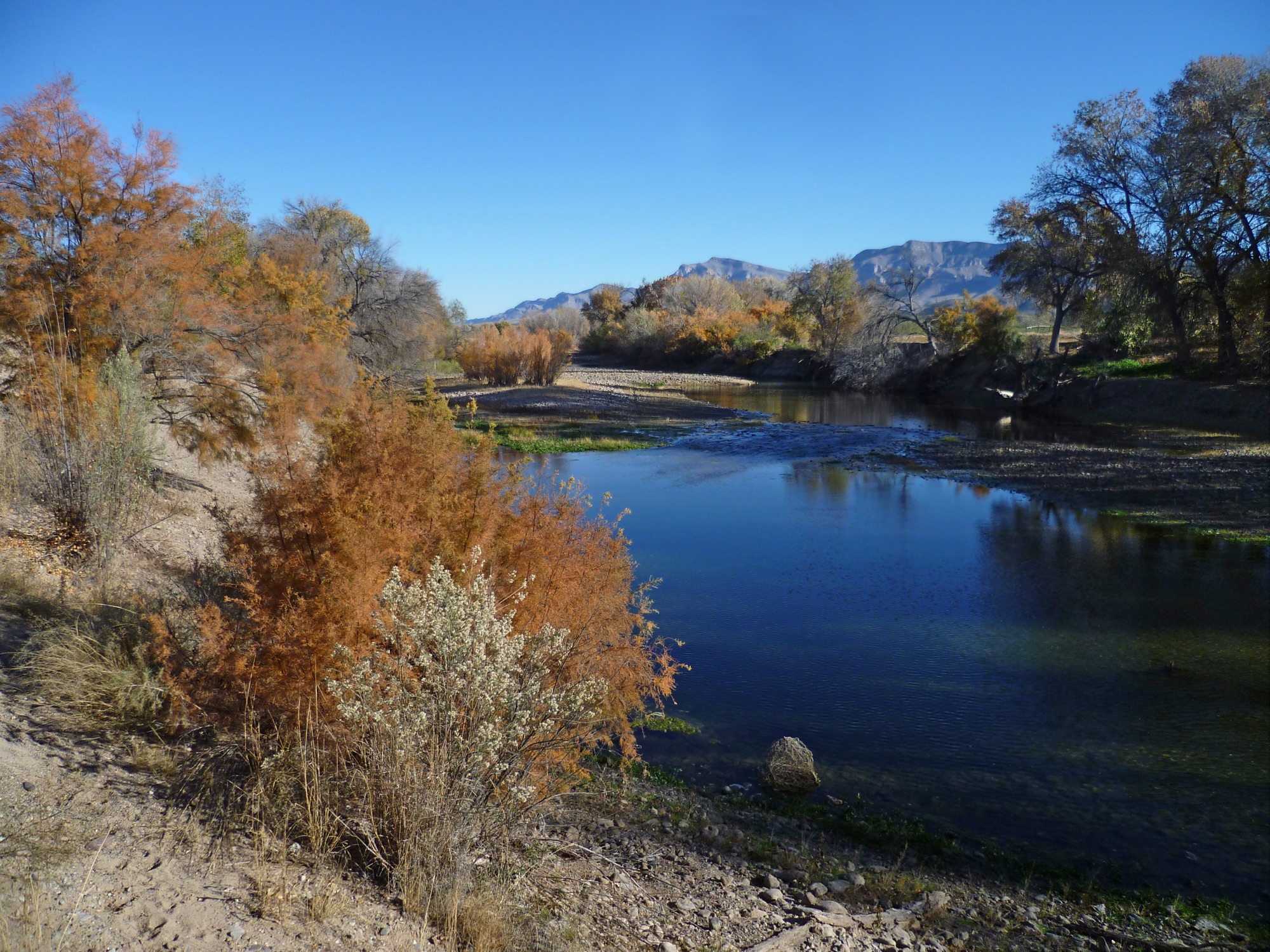 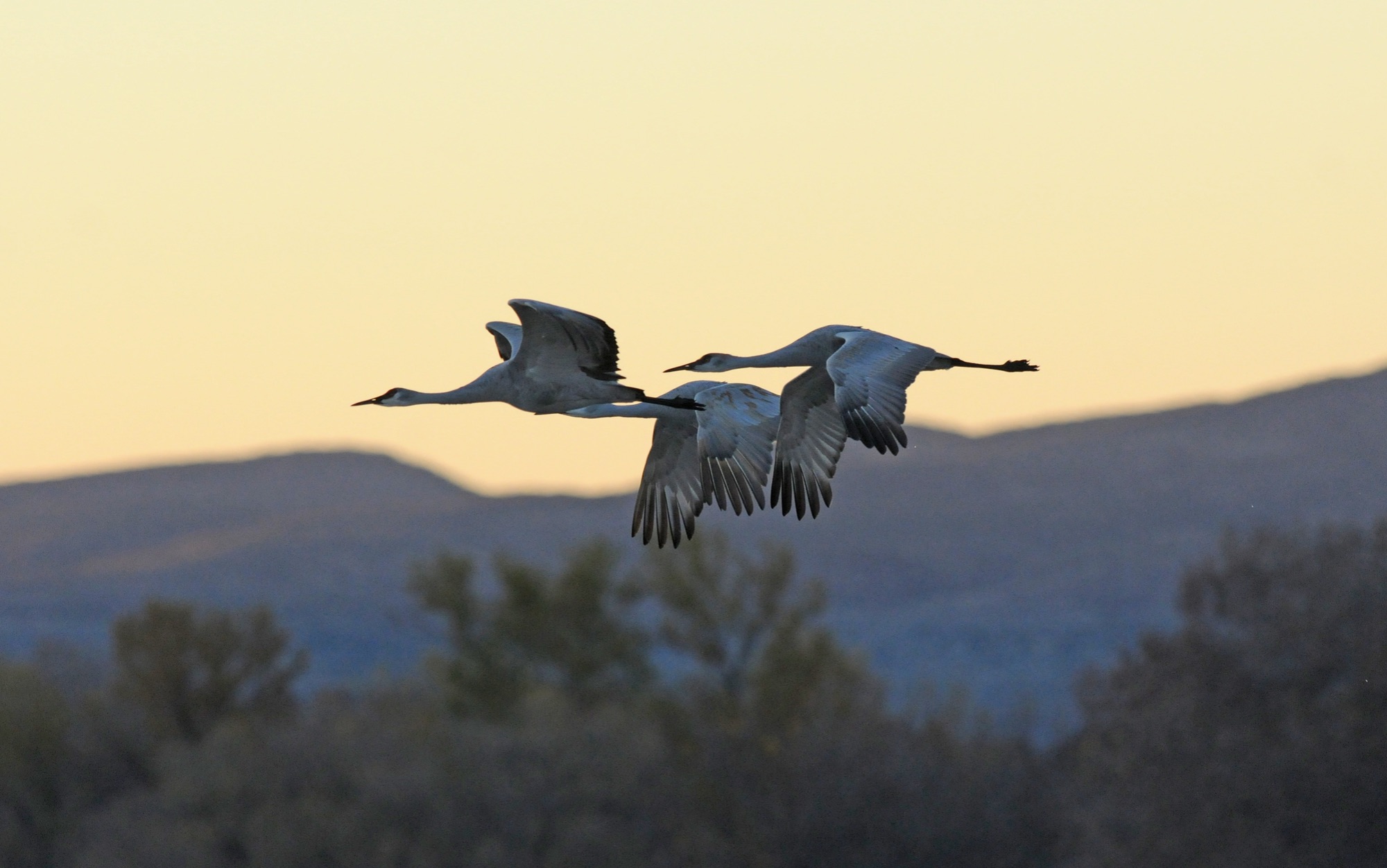 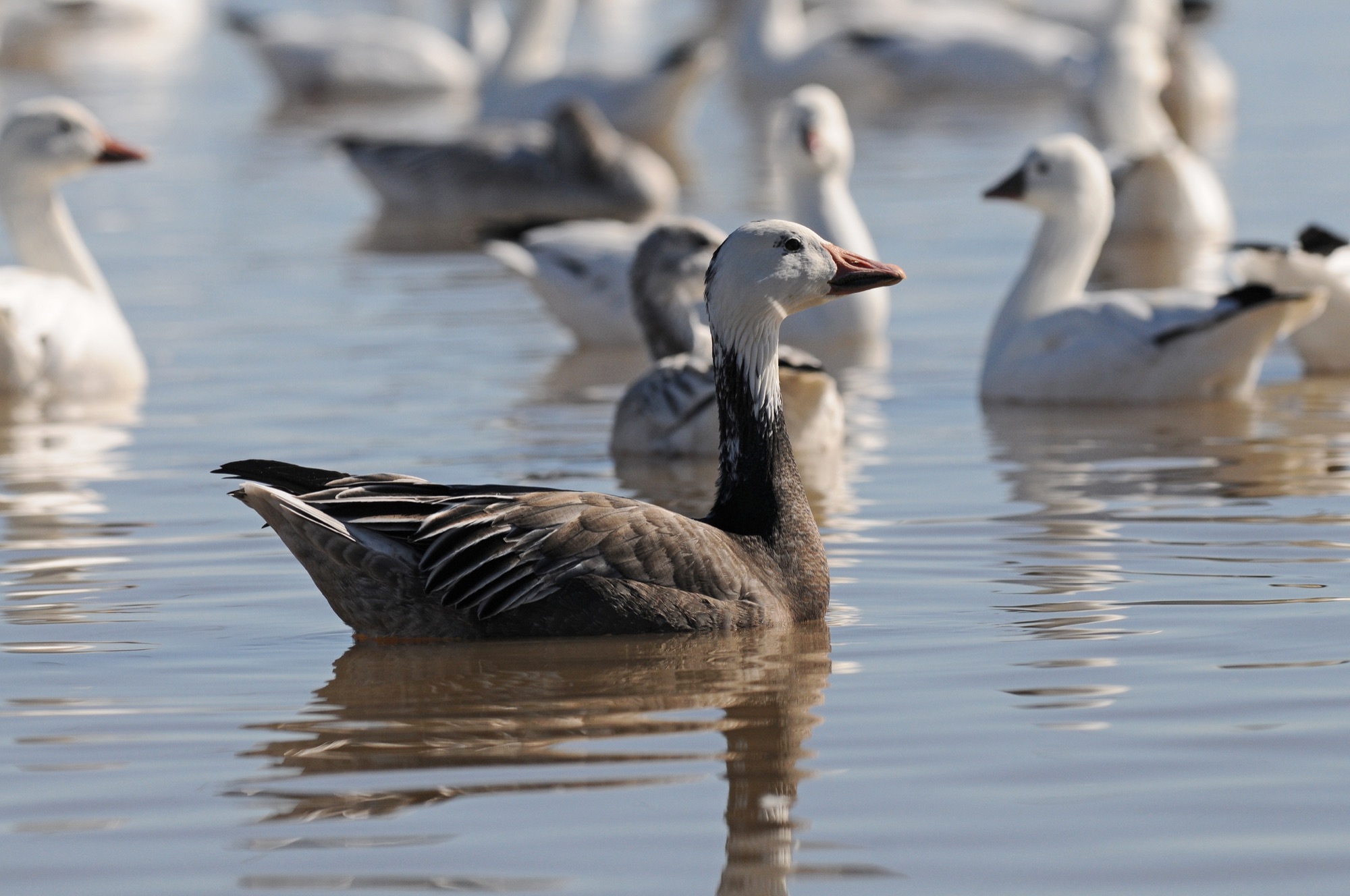 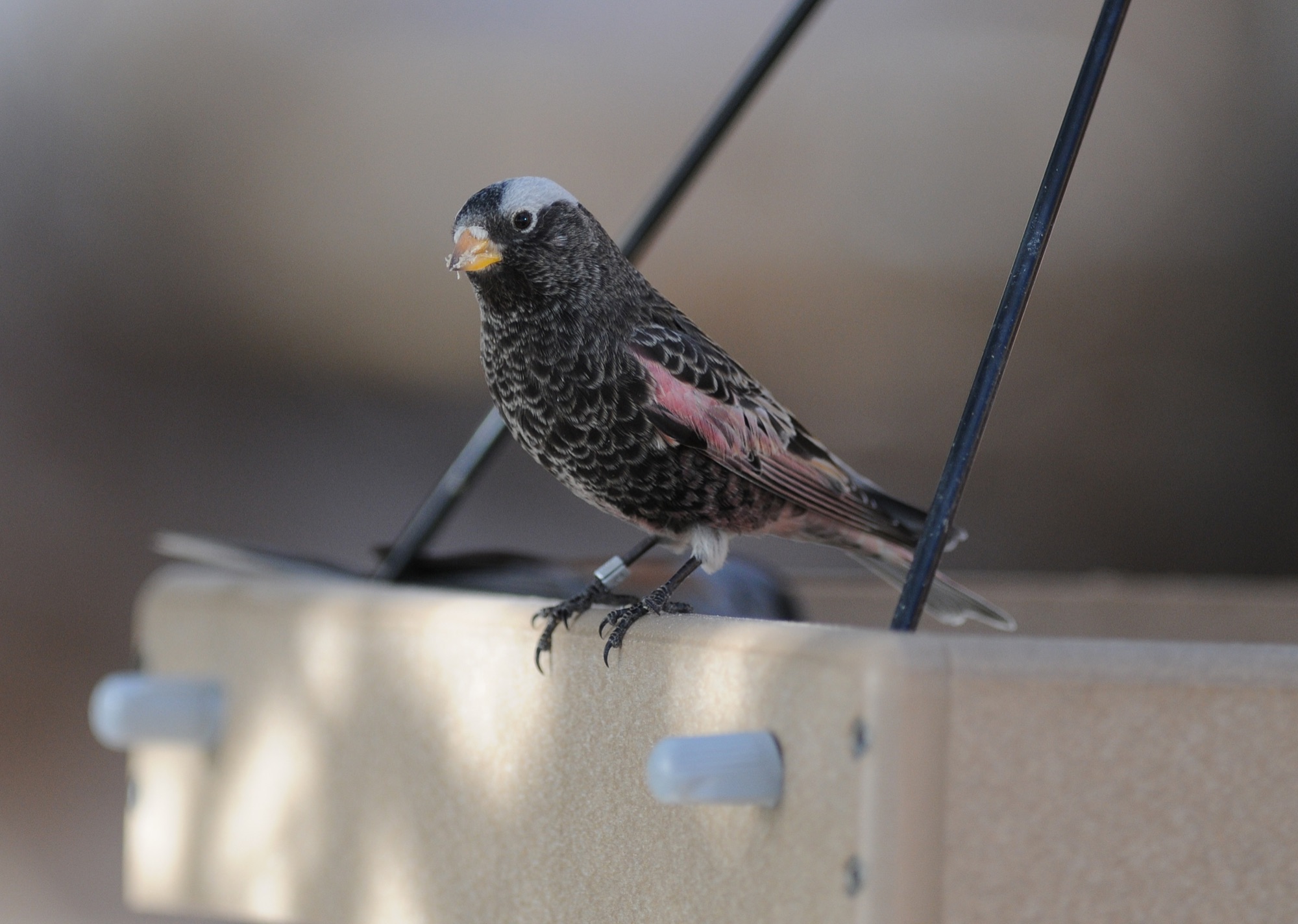 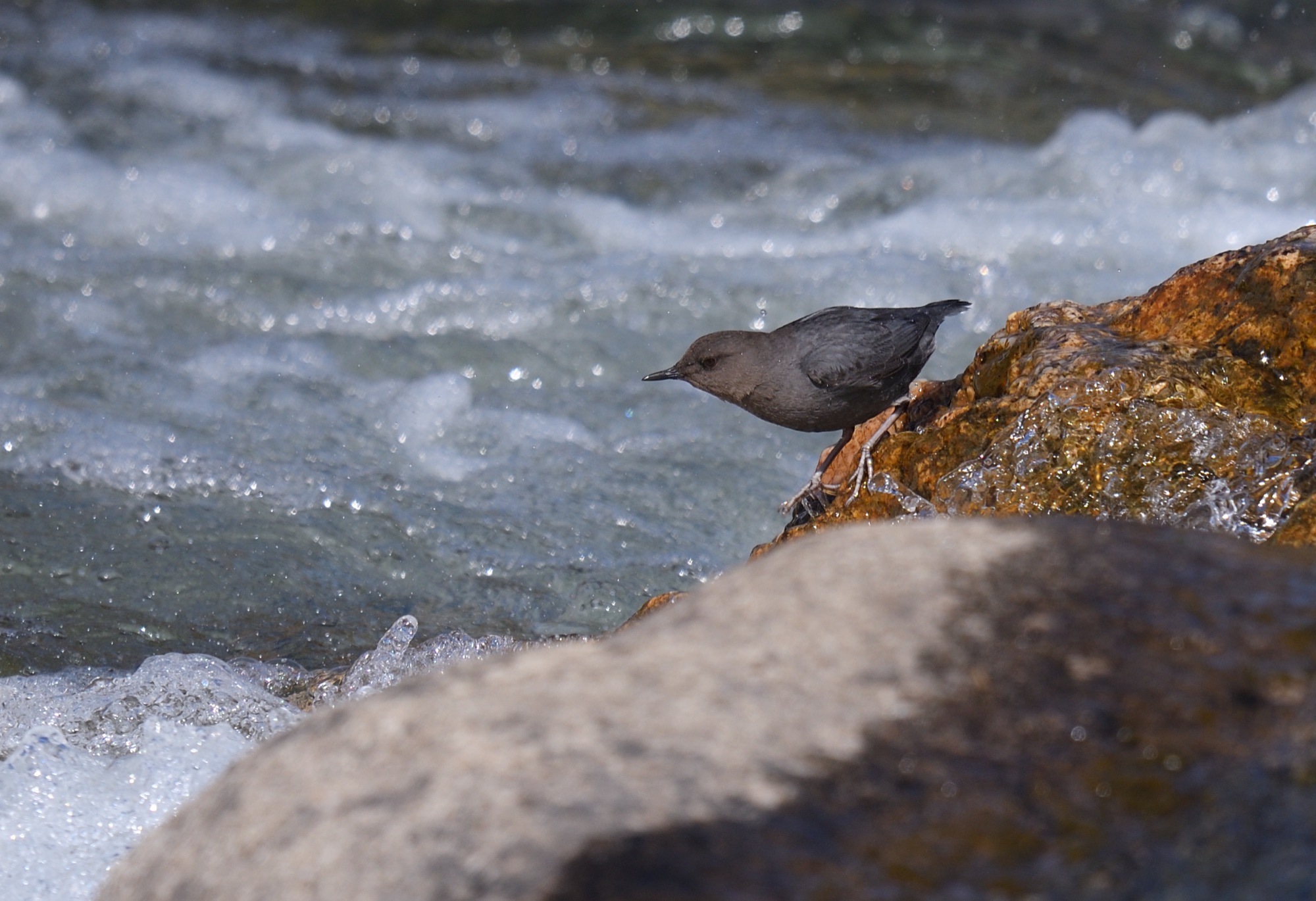 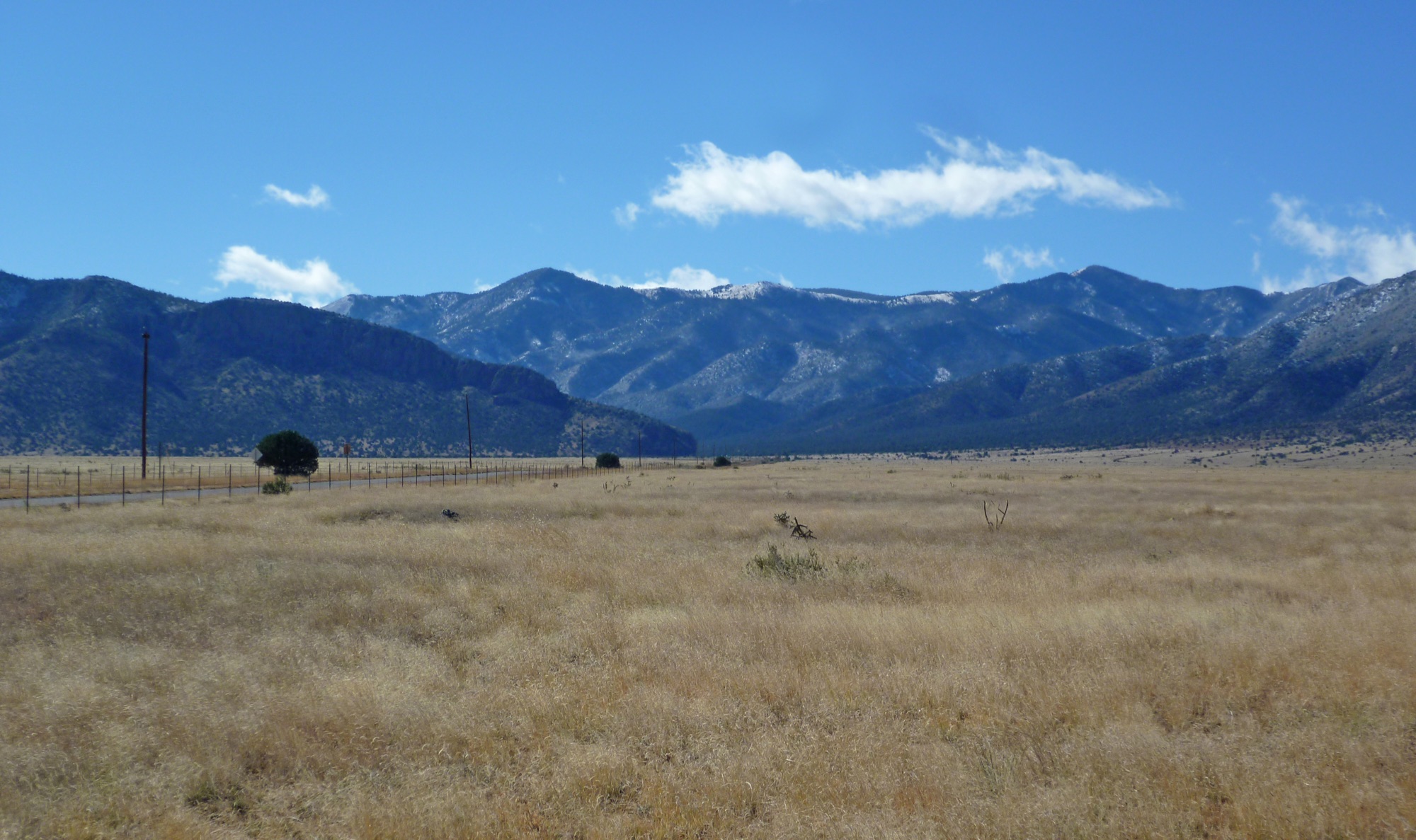