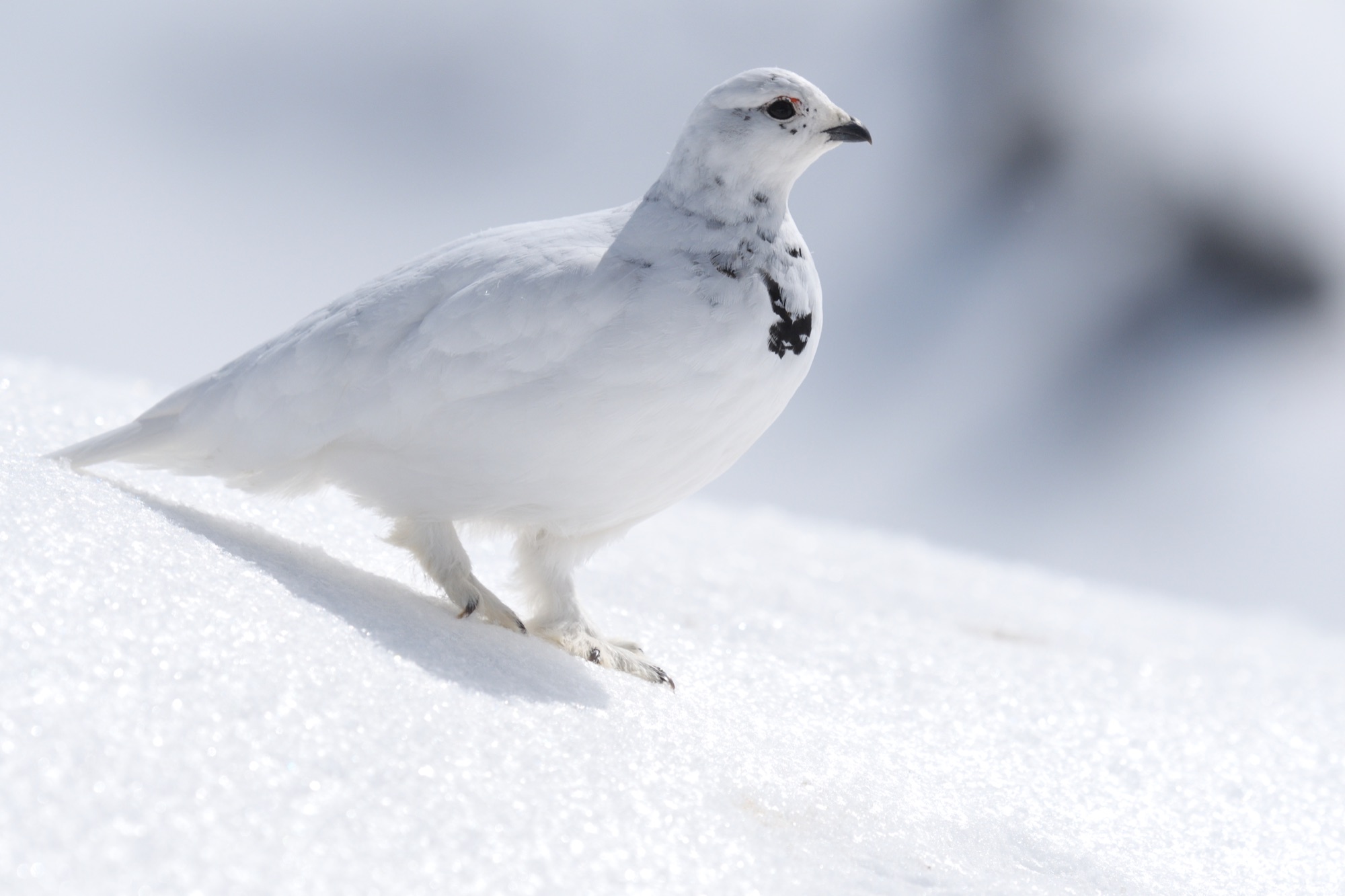 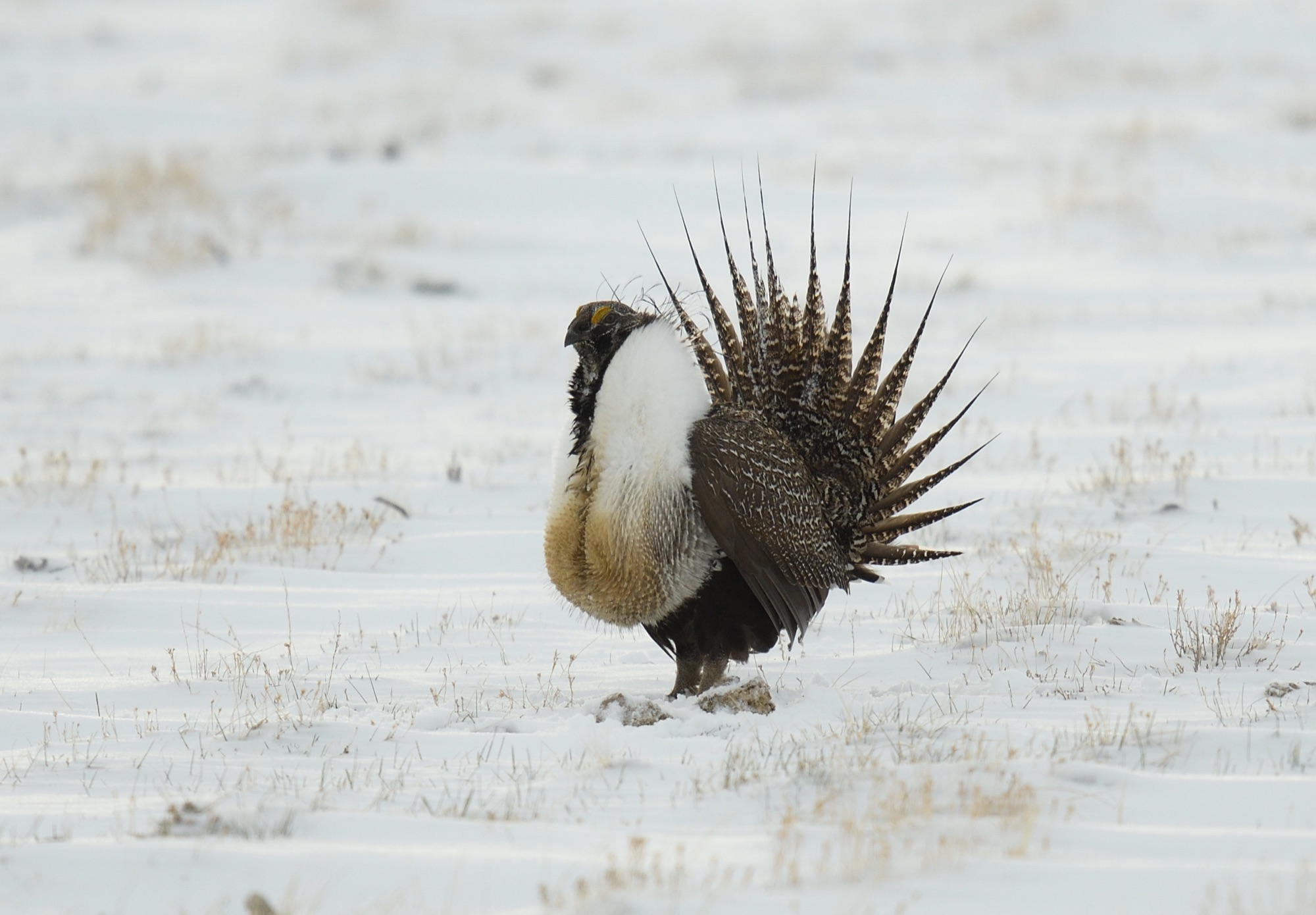 The mountains and high prairies of Colorado form a perfect backdrop to the displays and leks of a number of spectacular ‘gamebirds’. I’m pretty sure the White-tailed Ptarmigan that ran between member of our group was the pick of a great bunch, but the sight and bizarre sounds of a Greater Prairie-Chicken lek was awesome, as was watching Greater Sage Grouse strutting their stuff in the snow was pretty hard to beat. But then again, the male Dusky Grouse posing just a metre or so in front of us was pretty awesome. So many memorable moments and it’s hard to think of another tour where the birds perform so close to you! This early spring period also gave our intrepid band of birders an opportunity to see all 3 rosy-finches, as well as American Dipper, spectacular Mountain Bluebirds, Grey and Pinyon Jays, Clark’s Nutcracker, Juniper Titmouse and Pine Grosbeak. Numerous lakes were home to a wide variety of wildfowl, but one particular site held 30+ Barrow’s Goldeneyes. But our final morning of this excellent tour in the vast wilderness and wide-open landscape of Pawnee National Grasslands provided a fitting finale with displaying Mountain Plovers, and both Chestnut-collared and McCown’s Longspurs song-flighting beside the road. Colorado was a delight and the spectacular scenery was only enhanced by fresh snowfall and our birding in a winter wonderland provided some of our most favourite moments of any current tour.