Day 1  Arrival in Bogotá - 4th Sept 2020
Today is purely an arrival day in Bogotá, Colombia and no activities are planned. Night in Bogotá.

Day 2  Laguna del Tabacal – Jardin Encantado – La Florida – La Victoria
We will leave early and spend the morning at Laguna del Tabacal and the dry forest of Jardín Encantado. Targets include Dusky Antbird, Rusty-breasted Antpitta, Red-billed Scythebill, Apical Flycatcher, Stripe-breasted Spinetail, White-bearded Manakin, Rufous-naped Greenlet, Band-backed and Speckle-breasted Wren, Rosy Thrush-Tanager and the endemic Velvet-fronted Euphonia. In the afternoon we will return to Bogotá and visit La Florida wetland, a marsh and lake close to the international airport, searching for three endemics - Bogotá Rail, Apolinar’s Wren and Silvery-throated Spinetail. Other specialities could include Spot-flanked Gallinule, Noble Snipe, Subtropical Doradito and Rufous-browed Conebill. We’ll then drive to the town of La Victoria with a stop to visit a garden with some hummingbird feeders, which attract hundreds of hummers including the endemic Indigo-capped Hummingbird, the widespread Rufous-tailed Hummingbird, White-vented Plumeleteer and localized Gorgeted Woodstar. At the end of the day we will return to our comfortable hotel in Bogotá where we will have our first dinner of the tour. Night in Bogotá.

Day 8  Mitu - Bogota
Depending on flight times, we may well have a final morning’s birding in this magnificent area before taking the short flight back to Bogotá later in the day. Nigh in Bogotá.

Day 9  Pedro Pablo’s Preserve -   Maná Dulce Preserve – Magdalena Valley
We will pay an early morning visit to Pedro Pablo’s Preserve, which is about a 90 minute drive away from our hotel. Targets here include endemics such as Black Inca, Indigo-capped Hummingbird and Turqoise Dacnis, whilst near-endemics Short-tailed Emerald and Moustached Brush-Finch are also present. Other notable species include Smoky-brown Woodpecker, Plain Antvireo, Ash-browed Spinetail and Flame-faced Tanager. From here we will drive to Maná Dulce Preserve in the lower part of Magdalena Valley and in these dry forests we will search for Spectacled Parrotlet, Dwarf Cuckoo, White-bellied and Jet Antbirds, Lance-tailed Manakin, Apical Flycatcher (endemic), Slaty-headed Tody-Flycatcher, Scrub Greenlet, Grey Seedeater, Orange-billed Sparrow, White-eared Conebill and Velvet-fronted Euphonia (endemic). Night in Ibagué.

Day 11  Bella Vista Reserve – El Paujil Preserve
A short drive will take us to Bella Vista Reserve near Victoria and it is here we hope to see yet more endemics such as White-mantled Barbet, Beautiful Woodpecker, Antioquia Bristle-Tyrant and Sooty Ant-Tanager. During our search for this fine quartet of endemics we should come across plenty more quality birds such as Ruddy Quail-Dove, Spectacled Parrotlet, Tody Motmot, Ochre-bellied Flycatcher, Golden-headed, White-bibbed and Blue-crowned Manakins and Yellow-browed Shrike-Vireo amongst many others. Then we will drive in the afternoon to El Paujil Preserve some 5 hours away with chances of seeing Northern Screamer and White-throated Crake along the way. Night in El Paujil.

Day 14  Rio Claro –   La Piñuela – Chestnut-capped Piha Reserve
Our main purpose for visiting Rio Claro is to visit the Oilbird caves, and more importantly there are chances of Black Hawk-Eagle, Pale-tailed Barbthroat, Yellow-throated Toucan, Barred Puffbird, Grey-cheeked Nunlet, the near-endemic Magdalena Antbird, the cool Bare-crowned, Dusky and Chestnut-backed Antbirds, Pacific Antwren, Southern Bentbill, Slaty-winged Foliage-Gleaner, Band-backed Wren, One-coloured Becard, Blue-crowned Manakin, Dusky-faced and Plain-coloured Tanagers, and the endemic Antioquia Bristle Tyrant. After a few hours here we will drive to La Piñuela on the road to Medellín for the endemic Beautiful Woodpecker, the near-endemic Black-headed Brush-finch, and there’s another chance of Western Striped Manakin. And then we will set out on the long drive to the Chestnut-capped Piha Reserve where we will spend the next 2 nights. If we arrive before dark then we can watch the feeders to see if anything new is visiting them.

Day 18 Cerulean Warbler Reserve – Bogota
We can spend the morning in the reserve, with birds right on our doorstep visiting the feeders in the gardens and we should get some good photos of the stunning Lemon-rumped Tanager coming to the fruit, whilst hummers include the endemics Indigo-capped Hummingbird and Black Inca, as well as Green Hermit, Brown Violetear, Violet-crowned Woodnymph, Andean Emerald, White-booted Racket-tail, Buff-tailed Coronet and Green-crowned Brilliant. Birding around the gardens can be rather productive with species such as the endemic Colombian Chachalaca, along with Spectacled Parrotlet, Spot-breasted Woodpecker, Bar-crested Antshrike, Southern White-fringed Antwren, Yellow-legged Thrush, Bicolored Wren, Black-winged Saltator and Yellow-backed Oriole amongst many other possibilities. In the afternoon we will drive to Bucaramanga and fly back to Bogotá where we will spend the last night of a fabulous tour. Night in Bogotá. 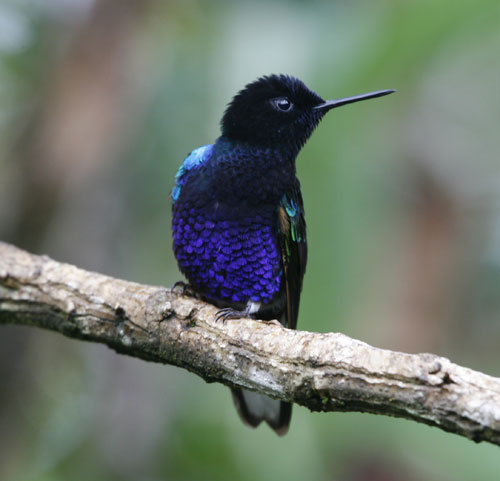 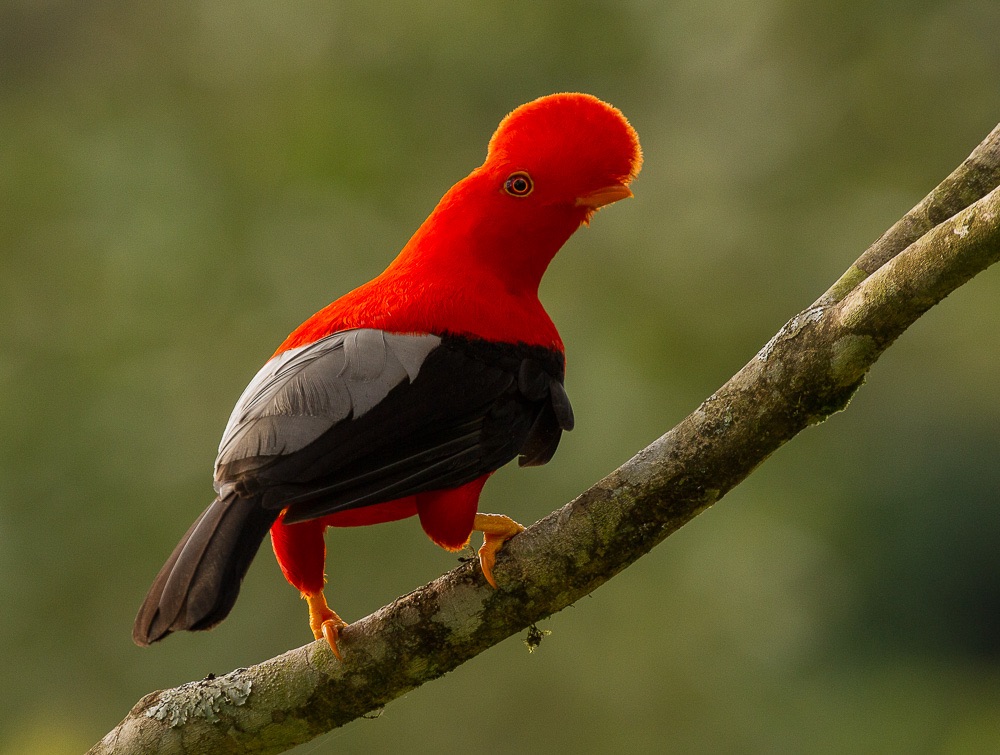 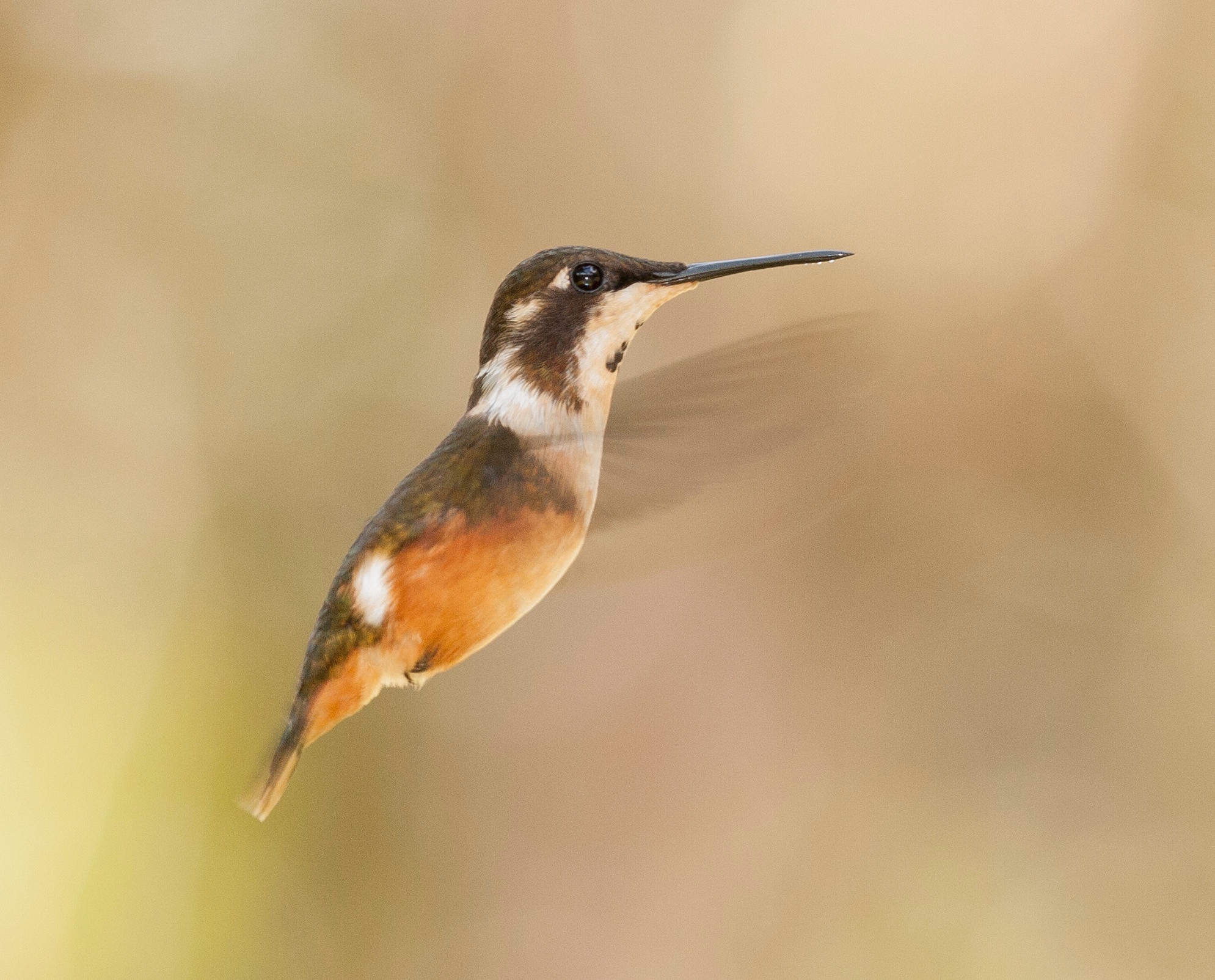