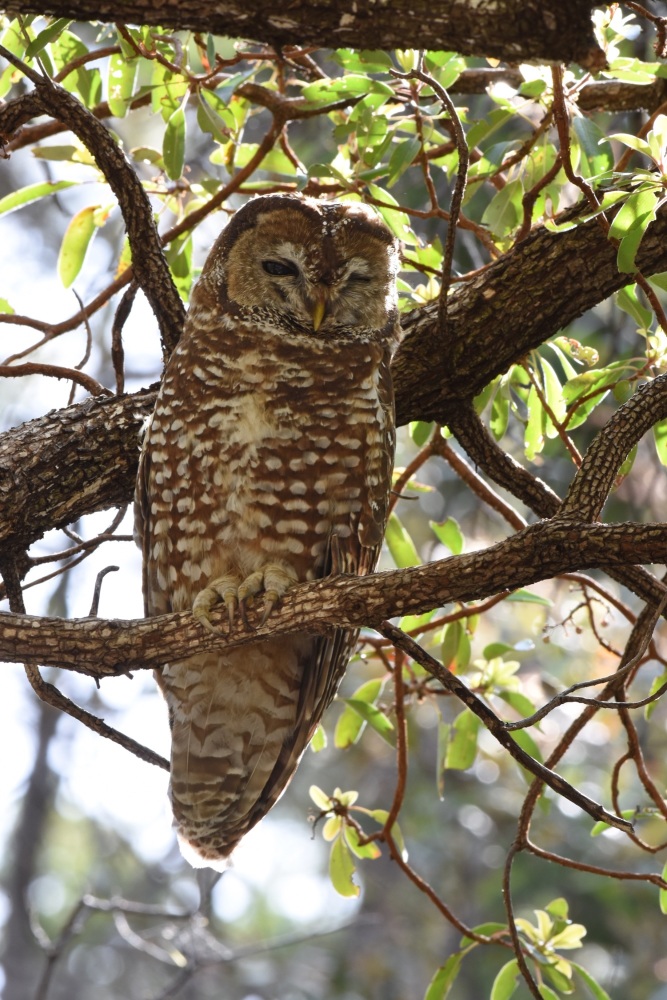 Arizona in late summer may not seem like a natural choice for the visiting birder. Yet those who venture to the south-west in July will be richly rewarded with some of best avian adventures in the United States. Arizona is scenically majestic throughout and composed of a rich mosaic of forested mountain peaks, high desert plateaus, and lowland Sonoran desert. In the middle of July south-west winds carry increasingly moist air from the Pacific bringing cool, welcome mid-summer rains turning the desert green and producing an abundance of flowering plants - Arizona’s ‘Second Spring’. Several key grassland species begin their breeding cycle with the onset of the monsoon which happens to coincide with the peak time for hummingbird diversity. Rare hummers arrive from the south to compliment the local resident species, while south-bound migrants pass through the same locations resulting in up to fifteen species of hummingbird possible on this tour. In addition, about 35 range-restricted bird species occur in the southern part of the state and cannot be reliably found anywhere else in the United States. Although not be taken for granted, Mexican rarities occur somewhat regularly in late summer providing an exceptional climate for a stellar birding tour in the Grand Canyon state. Your leader, James P. Smith, brings a wealth of experience to the trip - this will be his fifteenth tour of Arizona.

Day 14   Green Valley - Phoenix
We will keep our options open for the last full day of the tour. It’s possible that one or two key species will have proven elusive, some of which might well be possible, with a detour, on the way to Phoenix; Common Black-hawk, Harris’s Hawk, and Gilded Flicker could well feature in the day’s plans if there are still gaps on the tour list. Night in Tempe, Phoenix.
Day 15   Phoenix - UK - End of Tour  - 29th July
Depending on our flight times there may an opportunity for some early morning birding in urban Phoenix. Rosy-faced Lovebird, for example, has been ABA countable for several years and is an established resident in the Phoenix area. Other common urban birds should include White-winged and Inca Doves, Gila Woodpecker, Cactus Wren, Curve-billed Thrasher, Anna’s Hummingbird and Verdin. Sky Harbor International Airport is a mere twenty minute drive from the hotel allowing plenty of opportunity for a last minute shower before the long flight back to the UK.

Group size: Maximum of 8 with 1 leader.

Included in cost: Accommodation in comfortable hotels/motels with en suite facilities, transport throughout, all reserve entrance fees and guiding services.

Not included: International airfare, ESTA fee, insurance, drinks, tips, and items of a personal nature. In keeping with other US tours, food and drink is not included in the overall tour price. Traditionally we eat lunch and the evening meal as a group but this is purely optional. There are usually plenty of food options available. Allow about $45 per day depending on your individual requirements.

Accommodation: comfortable, air conditioned rooms of a good standard with twin and single options available, all en-suite. Most accommodations offer in-room coffee/tea and sometimes a free continental breakfast in the hotel lobby.

Tour Code: a moderate degree of fitness is required for this tour. Much of the tour takes place at elevation where we intend to walk moderate distances on established trails. Some of the walks may be up to three miles in length along rugged, undulating trails. However, the pace will be gentle and the longer walks often produce some of the best birds and wildlife of the entire tour. Temperatures can vary from extremely hot (100 deg F/38 deg C) in Phoenix to cool (58 deg F/15 deg C) in the White Mountains. The tour takes places in the ‘monsoon season’ and thunderstorms are possible on each day of the tour. A variety of field clothing is recommended including lightweight rain gear. Casual clothing is fine for evening meals though many eating establishments crank-up the air conditioning so a sweater may be worth carrying at meal times. Biting insects are relatively few but can be present in sheltered canyons and in the evenings when night birding. A good insect repellent is recommended. Rattlesnakes are common in Arizona although you wouldn’t know it. We’ll be lucky to see one and we generally come across only one or two during the course of a two week tour. Large mammals include Elk and Black Bear and we are likely to see both – at a respectful distance. Considering Arizona is a land-locked state, the birding is remarkably rich and diverse. Expect to see around 240 species during the tour.