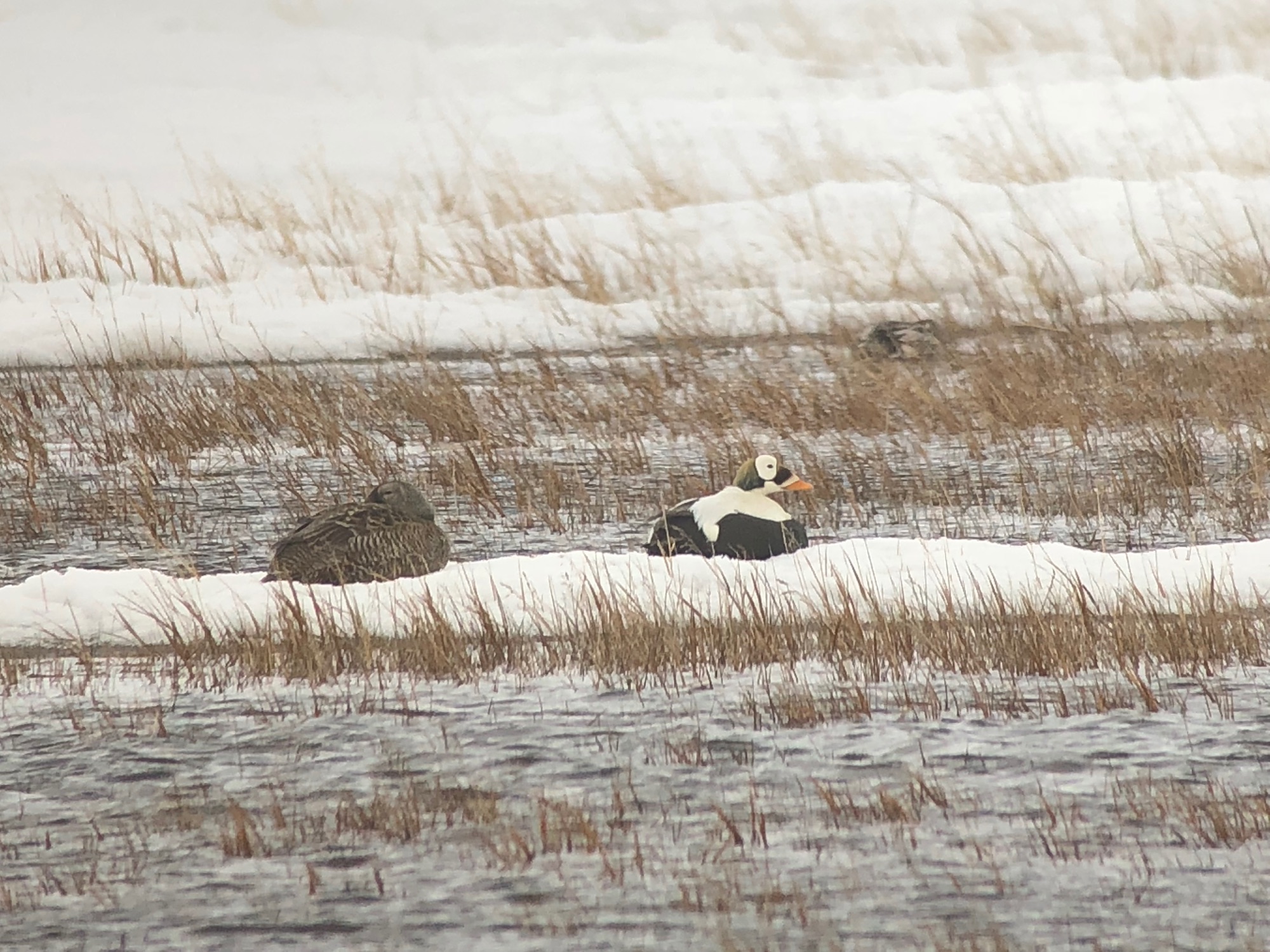 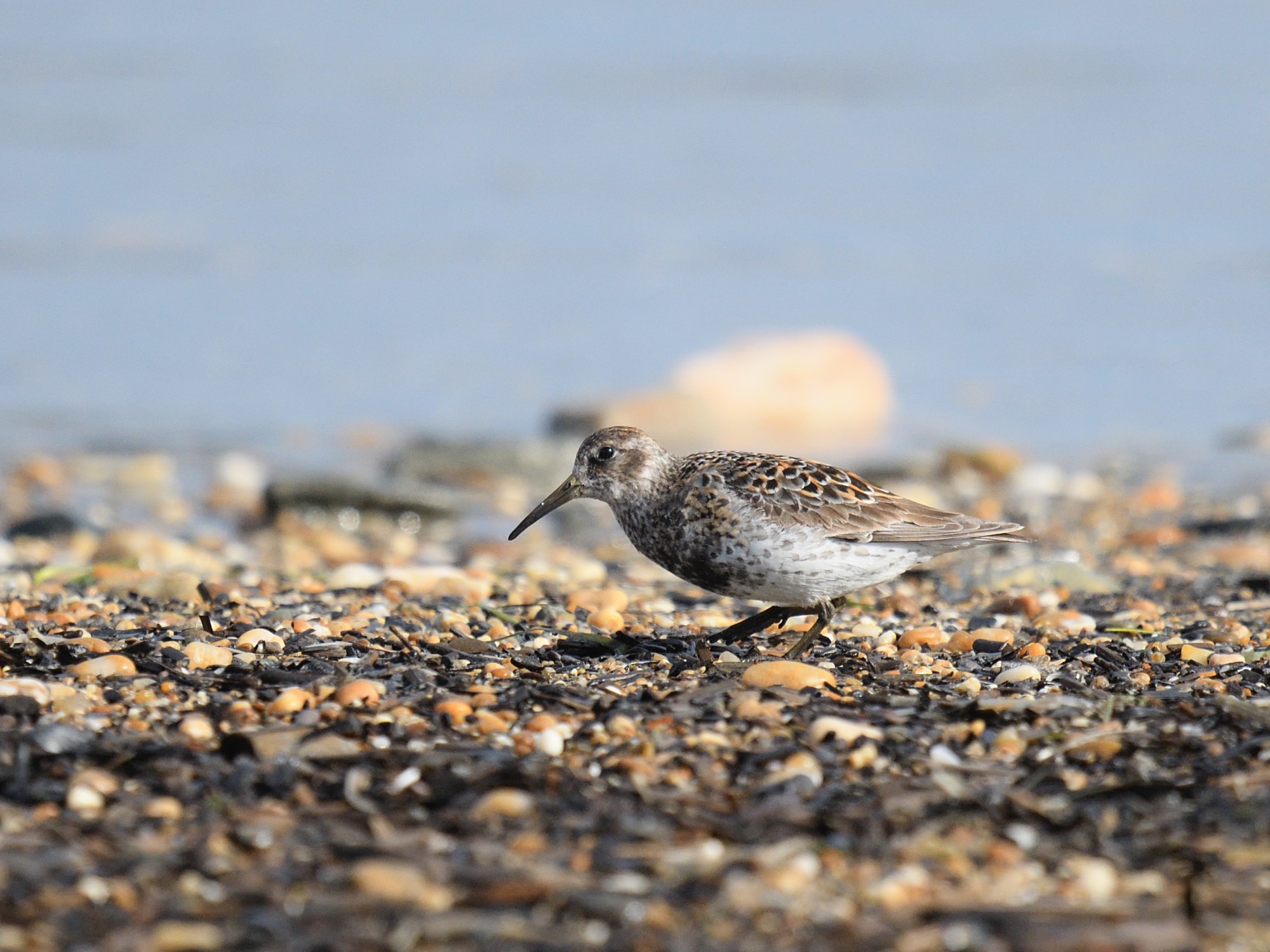 What an amazing adventure Alaska provides the visiting birder. The heady mix of some of the most iconic birds in North America, some extraordinary mammals, and THEmost amazing scenery imaginable makes this a truly fantastic tour. Beginning in Anchorage, the hub for any Alaskan tour we immediately took a flight to the rarity capital of Nome, situated literally in the middle of nowhere. Here we spent several days enjoying what was probably the best birding of the entire tour with Harlequin Duck, Spectacled Eider, Rock Sandpiper, Bristle-thighed Curlew, Brunnich’s Guillemot, Gyrfalcon, Aleutian Tern and more. Rarities for our North American lists aren’t that exciting to visiting European birders but in context its always exciting to see these out-of-range species such as Eurasian Wigeon, Pacific Golden Plover, Bar-tailed Godwit, Common Sandpiper, Northern Wheatear and Eastern Yellow Wagtail. We even had the added bonus of a huge Walrus loafing on a beach and a Grey Whale, as well as the expected Musk Ox. Moving on to the even more remote and desolate location of Barrow we found the Arctic Ocean frozen solid, and every road covered in ice and snow making our views of Snowy Owl a very atmospheric occasion! We found a rare Tundra Bean Goose on our first afternoon, whilst breeding-plumaged Red Phalaropes stole our hearts and we spent quite some time each day admiring these beauties. Seeing Spectacled, King and Steller’s Eiders in such a setting was one of the most unforgettable sightings one can experience on any birding tour and we enjoyed fine looks at all three species. Returning to Anchorage we then drove to Seward where our exploration of Resurrection Bay was successful with Marbled Murrelets and Pigeon Guillemots seen well from the shore, flocks of Barrow’s Goldeneyes being joined by Harlequin Ducks, Rufous Hummingbird, Northwestern Crow and Pine Grosbeak being the pick of a good bunch. However, our day spent cruising the Kenai fjords eclipsed that with spectacular sightings of Killer Whale, Humpback Whale, Dall’s Porpoise, Sea Otter and even a Black Bear. We did eventually spot Kittlitz’s Murrelet, enjoyed the added bonus of a Fork-tailed Storm-Petrel, sailed up close to a Black-legged Kittiwake colony that was absolutely deafening, sailed alongside breeding colonies of seabirds where Rhinoceros Auklet, Horned and Tufted Puffins and even a couple of Red-faced Cormorants provided many more unforgettable moments captured in the minds-eye and by our cameras. We ended the tour amidst yet even more spectacular scenery, including crystal clear views of Mount McKinley, at Denali where we saw Surf and White-winged Scoters on the lakes, Northern Hawk Owl perched atop a conifer with snow-clad mountains behind, Bohemian Waxwings and singing Arctic Warbler, as well as Caribou, Beaver, North American Porcupine and even a family of Grizzly Bears. Our Alaska tour certainly lived up to expectations and more!